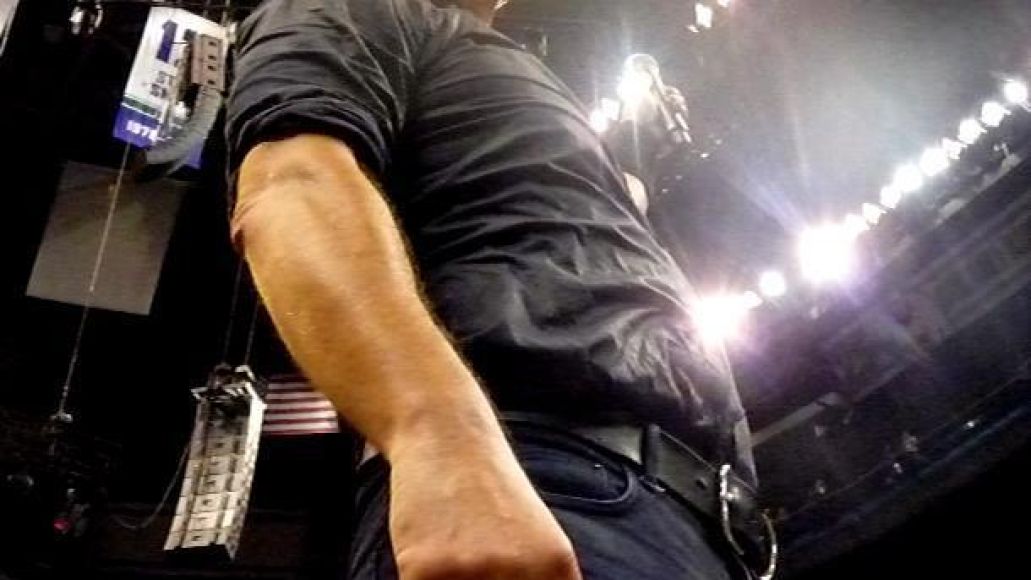 Bruce Springsteen and the E Street Band are just about to wrap up a 128-date world tour in support of their latest album, Wrecking Ball. There’s no rest for the wicked, though, especially if you want to maintain these abs, so today The Boss announced plans for a new leg of Australian tour dates to take place in early 2014.

Our shows in Australia earlier this year were among the very best and most satisfying of our Owhole 128 show tour…From the moment we finished the second show at Hanging Rock on March 31, we have been working on a plan to return next year. Among other things, we wanted to expand the number of places we play to include the Hunter Valley, Perth and Adelaide, with a trip to Auckland, as well. hose venues are in addition to the new dates in Sydney, Brisbane and Melbourne. In other words, this will be our most far reaching tour of Australasia ever – and Bruce Springsteen and the E Street Band are planning to make it their finest.”

The tour kicks off February 7th in Perth and stretches through early March. Check out the full docket below.

Hopefully by the time the tour rolls around, Springsteen will be ready to play some song from his forthcoming studio album.