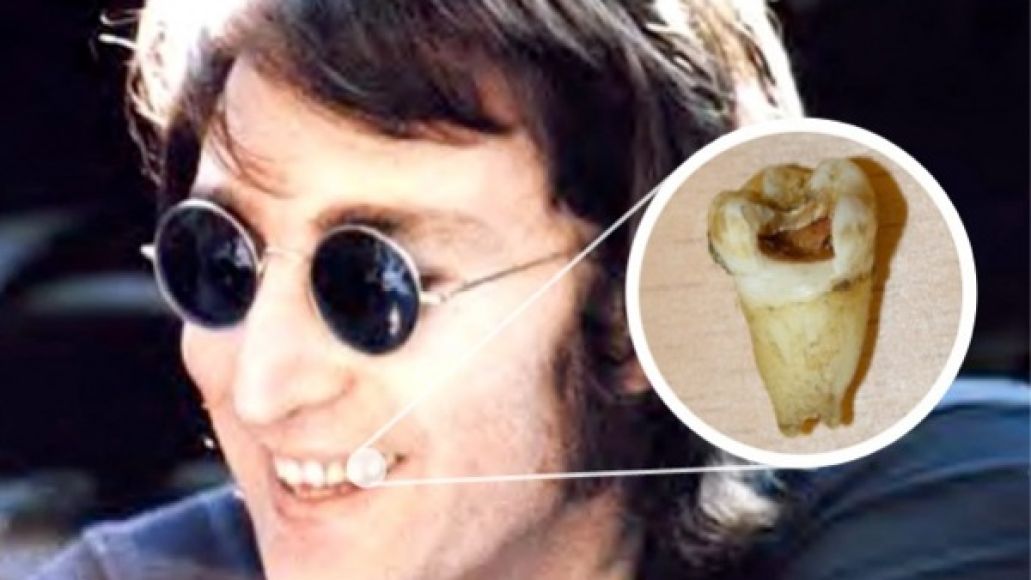 Michael Zuk is a dentist from Canada. As if that weren’t bad enough, he’s also a cooky tooth collector who dropped approximately $31,200 at an auction for a rotted molar from the mouth of one John Lennon. But see that’s not the crazy part; the crazy part is now Zuk wants to use DNA from the tooth to clone the late Beatle.

Zuk recently sent the deteriorated dental heirloom to a US laboratory to attempt to extract and sequence Lennon’s genetic information. “I am nervous and excited at the possibility that we will be able to fully sequence John Lennon’s DNA, very soon I hope,” Zuk said in a press release (via Dangerous Minds). “With researchers working on ways to clone mammoths, the same technology certainly could make human cloning a reality.”

“To potentially say I had a small part in bringing back one of rock’s greatest stars,” Zuk continued, “would be mind-blowing.” You can keep tabs on this story by bookmarking JohnLennonTooth.com, a site you’ll surely visit again and again for the parody diddy, “Love Me Tooth”.

So when you’re huddled close to your children in an abandoned subway tunnel to escape the hordes of half-sentient zombie mutant clones, and one of those younglings looks up with that dirt-stained face of his and asks why the apocalypse has overrun the earth, you now know what to say: “Because some eccentric Canadian dentist tried to clone John Lennon from a dead tooth, son.”