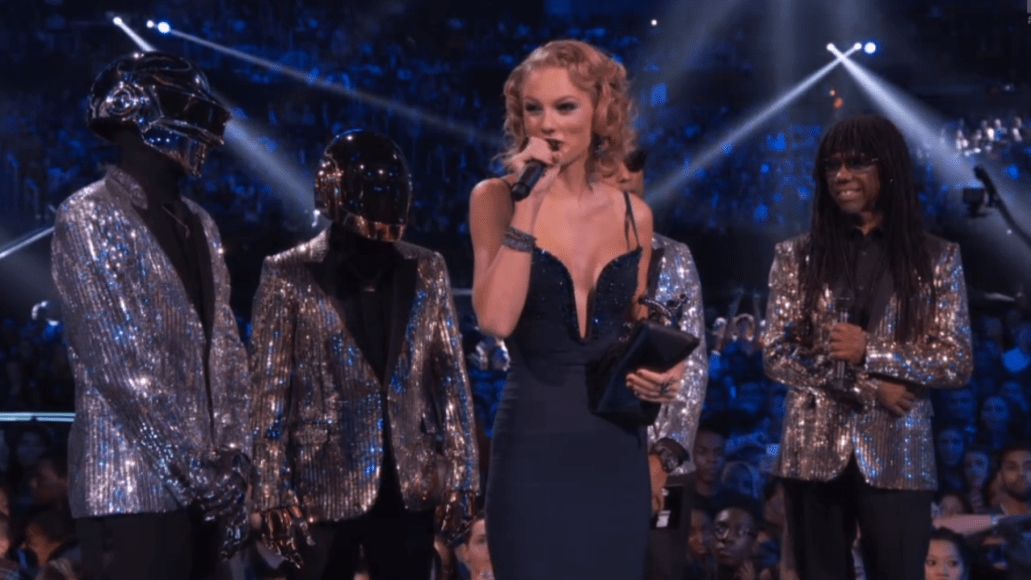 Daft Punk did, in fact, make an appearance at the 2013 MTV Video Music Awards in Brooklyn Sunday night. However, as expected, they did not perform. Rather, the French electro duo, along with Pharrell and Nile Rodgers, appeared as guest presenters for the Award For Best Female Video. (Taylor Swift won the award, so yeah.)

Also during the VMAs, Daft Punk previewed the video for “Lose Yourself To Dance”, featuring Rodgers and Pharrell.

The appearance marked the culmination of a baffling, still unsettled dispute between Stephen Colbert and MTV. Daft Punk was to appear on The Colbert Report in early August, only to cancel at the last minute. Colbert said MTV prevented the duo from appearing on his show, citing the VMA appearance was meant as an exclusive. MTV has since denied that charge.

Now that all that has come to an end, maybe Daft Punk can finally start routing a tour? Please?