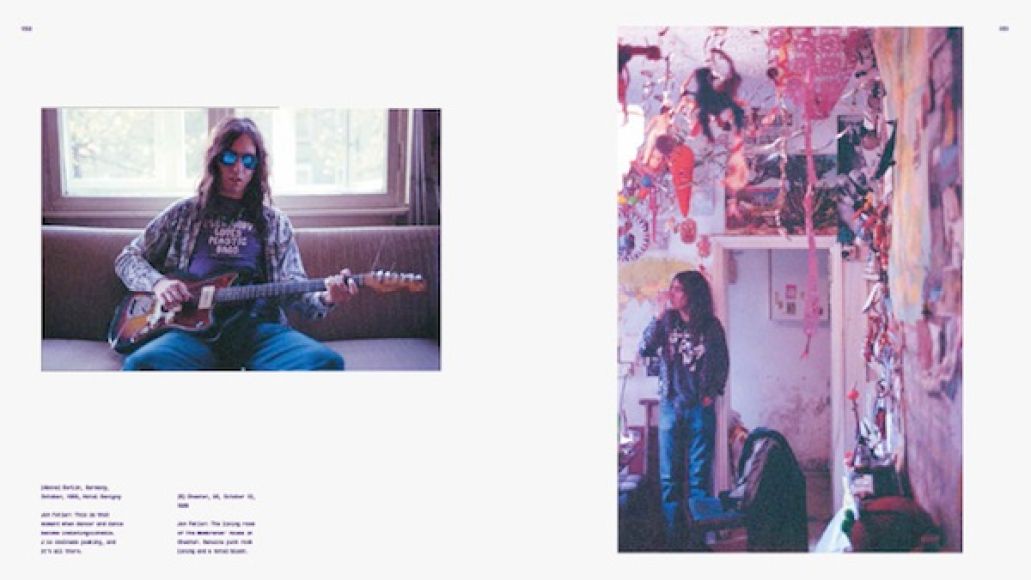 Thanks to a new, forthcoming book titled Dinosaur Jr. by Dinosaur Jr., the 30-year career of legendary rockers Dinosaur Jr. can sit on your shelf or coffee table.

The comprehensive, large-format book will be released in November by Rocket 88 Books, a UK publisher that’s issued similar titles on Syd Barrett and Nick Drake.

Dinosaur Jr. by Dinosaur Jr. will be available in two editions: the “Classic” hardback edition comes printed on heavy-weight art paper, is bound in cloth with foil detailing, and features the cover artwork of longtime collaborator, Marq Spusta. The “Signature” edition, meanwhile, comes with an added bonus of tour diaries and behind-the-scenes photos from 1987-1988 by the band’s close friend and roadie, John Fetler. The “Signature” edition is signed by the band and is enclosed in a clamshell box, along with fine art prints of original artwork by Maura Jasper and J Mascis.

Below, watch a trailer for the book, followed by a video of the band discussing a few of the books’ photos.