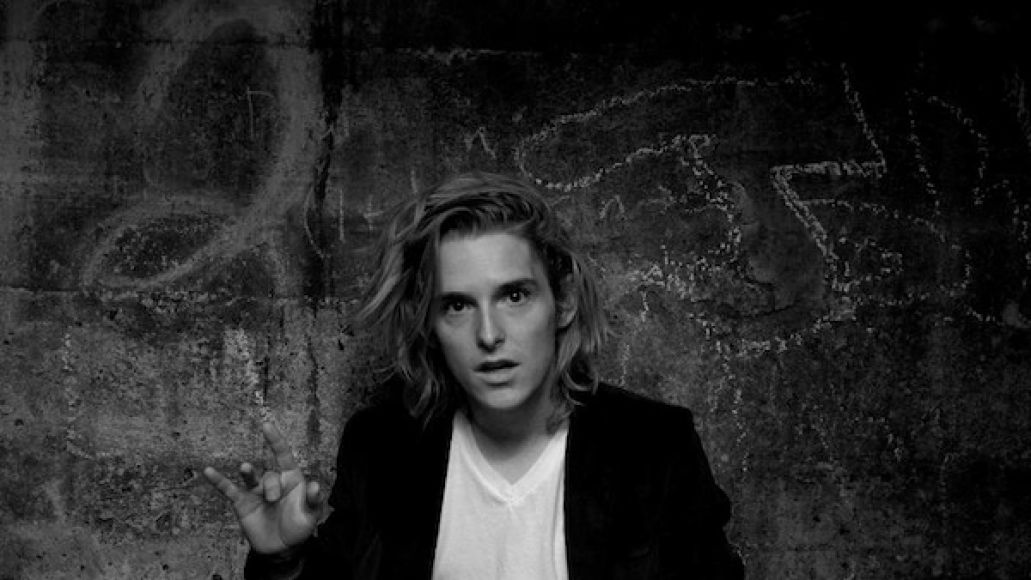 Foxygen drummer Shaun Fleming, a.k.a. Diane Coffee, is gearing up to release his solo debut, My Friend Fish, on October 29th via Western Vinyl. The 10-track effort was recorded shortly after he moved from the California suburbs to New York City.

“He was welcomed to The Big Apple by a nasty flu virus that drained the last bit of California sunshine out of the skinny, Macaulay Culken-looking 26-year-old’s body,” a press release notes. “As he recovered, cabin fever supplanted the flu and his relentless creative drive took over. Low on funds and bored out of his mind, he spent the next two weeks alone in his bedroom writing and recording what would become the debut Diane Coffee LP, My Friend Fish.”

Our first taste of the record comes in the form of opening track, “Hymn”. Humming organs, twinkling tambourines, and even choir-like bursts of “Ahh!” come together for a jangly, gentle and hearty number perfect for a countryside porch serenade.

Diane Coffee will hit the road this fall, playing alongside Those Darlins.