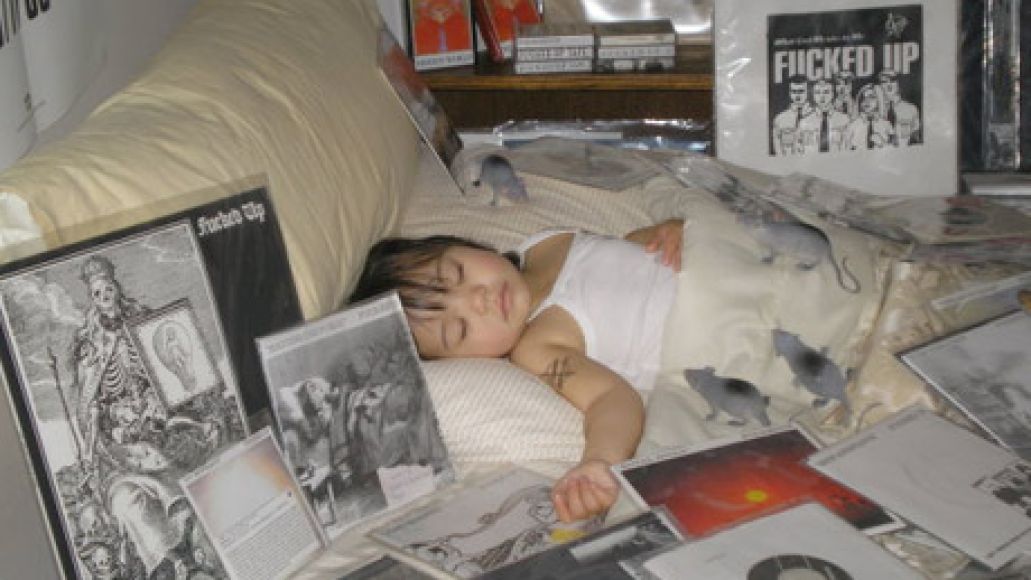 In this day and age, one of Facebooks and Twittering, a band’s Internet presence is crucial (ranking just after a spiffy name and learning to write and record songs). Until recently, Fucked Up never really subscribed to that belief, keeping a low profile on the World Wide Web, save for the random blog post and frontman Damian Abraham’s hilarious Twitter. But today, the Toronto hardcore outfit launched their very own website, fuckedup.cc, complete with a plethora of archival material from their 10-plus-year run.

“After playing almost 750 shows and releasing over 60 records we’ve finally decided to do something that most bands now do before having ever played live or physically released anything — make a real website,” the group said in a statement. “At first, without a place on the internet that we called home, it felt mysterious, later just useless, and finally it just became a talking point. Now we realize that it’s just become a pain in the ass.”

The site’s music section features four mixtapes, two sides each, compiling various live recordings, demos, outtakes, alternate versions, band interviews, and other sonic goodies. The band also uploaded their holiday single “Stars on 45”, which was released back in 2007 and limited to just 1,000 vinyl copies. Both “Stars” and the mixtapes are available for free download here. (While streaming, mixtape #4 is up for sale at the band’s Web store).

And while you spin the tunes, be sure to check out the rest of the archive. It features a heavily-detailed discography, a show flyer database, academic writings on the band, a comprehensive guide to past and upcoming shows, and much more. A smorgasbord so plentiful, it’ll leave any fan feeling fucked up.

Below, sample a few of the mixtapes in addition to “Stars on 45”.

Fucked Up launch official website with plethora of archival material