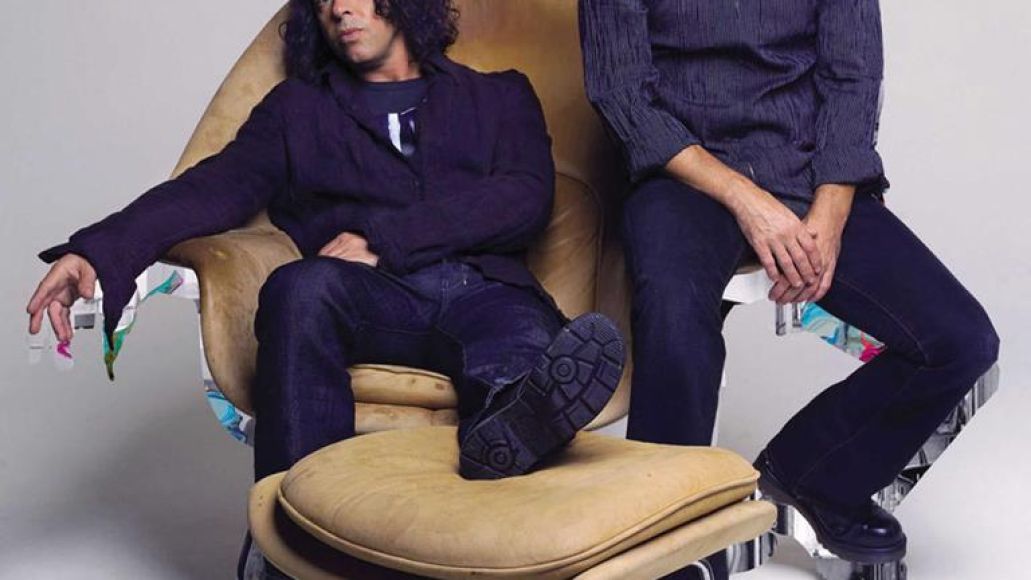 Believe it or not, 80s new wave duo Tears for Fears are back in the studio working on a follow-up to their 2004 reunion record, Everybody Love a Happy Ending. But before getting cracking on the new album, the band has delivered a surprising cover of Arcade Fire’s The Suburbs highlight, “Ready to Start”.

I say “surprising” for two reasons. First, Tears for Fears and Arcade Fire are two bands I’ve never thought about simultaneously. Second, after hearing the cover, I don’t understand why that first thing is true. Roland Orzabal and Curt Smith handle the cover with a deftness few tributes manage, making the electronically ornate interpretation feel completely like a Tears for Fears song, while never robbing the original of its power. It’s a match few would’ve likely conceived of, but goddamn if it doesn’t come off splendidly.

The band tweeted out a SoundCloud widget for the track, and you can listen in below (via Slicing Up Eyeballs).

In related news, Tears for Fears also have box set coming for the 30th anniversary of their debut album, The Hurting. You can pre-order the set here.