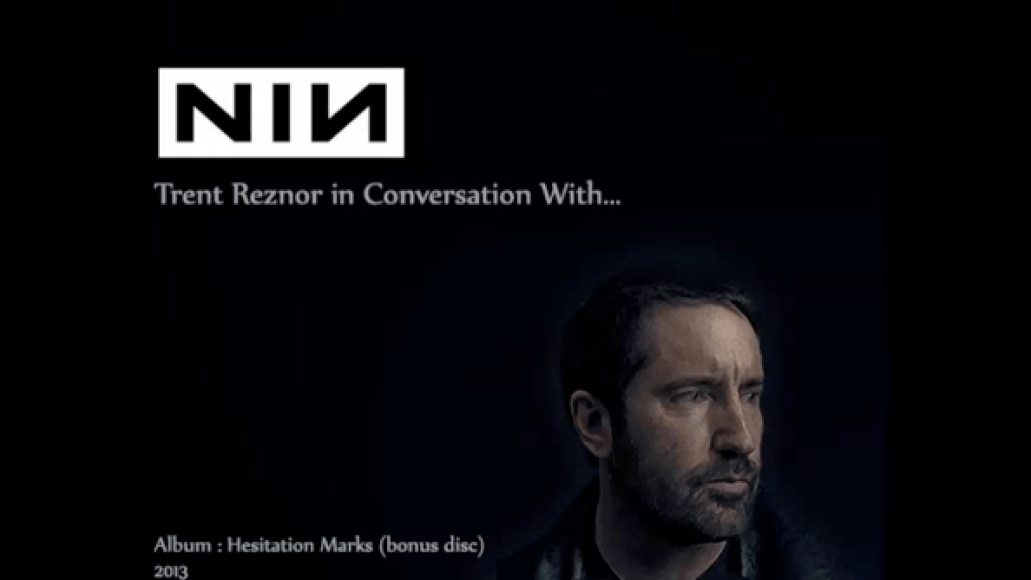 “So the intention here was to have a conversation,” Trent Reznor. “We were going to choose an interesting person to ask interesting questions and I would respond with interesting answers.”

I know, boring, right? Well, Reznor thought the same thing. Thus, instead, he sat down with his pocket recorder, started talking about the history of NIN leading up to and including Hesitation Marks, and he didn’t stop talking for 45 minutes. The result, dubbed “Trent Reznor in Conversation With…”, appears on the bonus disc of Nine Inch Nail’s forthcoming album, Hesitation Marks.

Besides all the insights Reznor provides, he plays a demo of a track that never made it to the new record. The instrumental begins at almost precisely 11:00 minutes in, and ends at 17:54. You can listen to the whole convo and the demo (via The NIN Hotline), but if you want to hear the whole new album, Reznor suggests you “go fuck yourself” and actually buy the thing, which comes out September 3rd.

Hear Trent Reznor talk to himself for 45 minutes, stream an unreleased demo