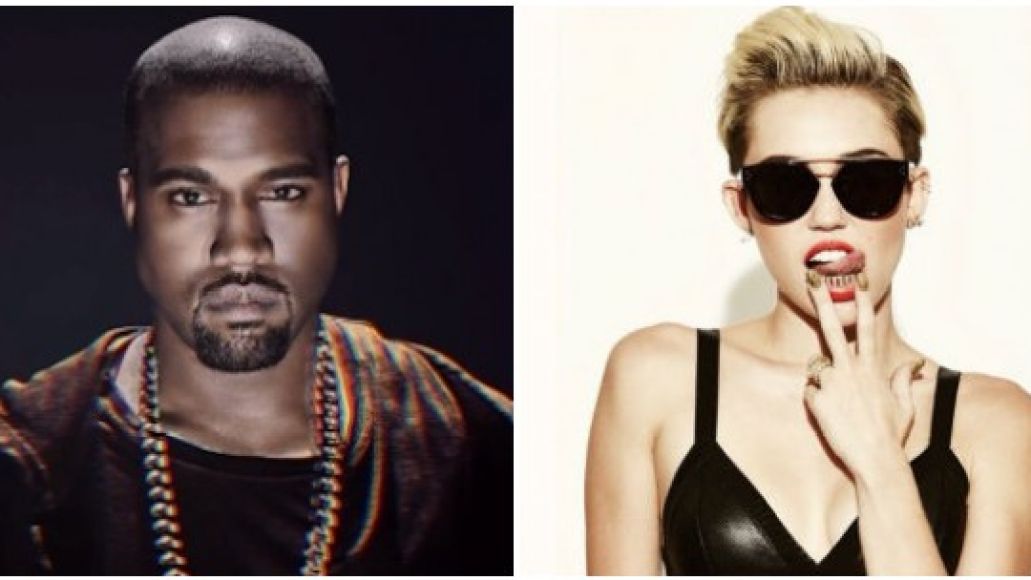 Well, this should be interesting: The New York Post reports that Miley Cyrus skipped out on her own VMA afterparty Sunday night and instead hit the studio with Kanye West to record a remix of his Yeezus single “Black Skinhead”. The collaboration is supposedly part of a forthcoming remix EP due out later this year.

FWIW: The Post was also the first to break news of ‘N Sync’s reunion. And as the paper points out, Kanye was noticeably absent from Jay Z and Diddy’s VMA afterparty.

Kanye has worked with his fair share of “out there” collaborators over the years, including Justin Vernon, Katy Perry, and Fergie. Most of those collaborations turned out decent enough, but it’s hard to fathom how the Twerk Queen will be incorporated into a biting, tribal record that salivates with anti-establishment and anti-racism themes. But that’s just me.

Below, watch the video for “Black Skinhead”:

Is Kanye West working on a "Black Skinhead" remix with Miley Cyrus?