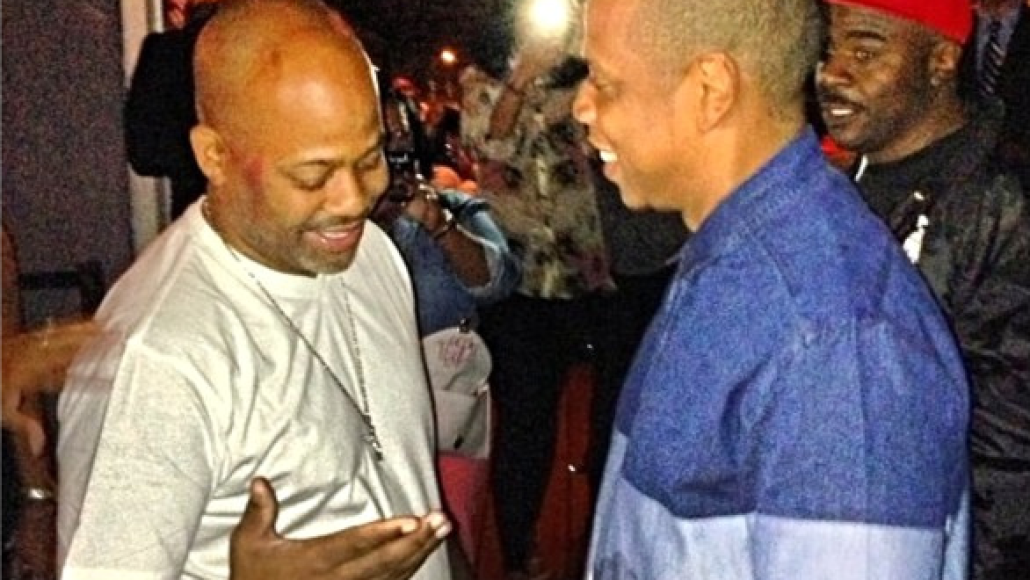 Roc-A-Fella Records co-founders Jay Z and Dame Dash reunited for the first time in years at a birthday party in New York City last night, as Miss Info points out. After creating one of the most successful hip-hop labels ever, responsible for launching the careers of rappers such as Kanye West, Beanie Sigel, and Memphis Bleek, as well as the release of every Jay Z album and music by Cam’ron, The Diplomats, and Freeway, the longtime friends and business partners went through a nasty split in 2004 after the label was acquired by Def Jam. Jay accepted the position of President at Def Jam, retained control of Roc-A-Fella, and ousted Dash and co-found Kareem Burke from the company. Jay also retained masters to his music to the dismay of Dash.

Since then, Dash has had his share of financial and legal issues, and hasn’t spoken particularly highly of his former partner: “The people that I was helping, once they realized their dreams, they did what a criminal would do. They stabbed you in the back. Think about the frustration of building a brand for years that should be taking care of your family, and then the person that was the closest to you saying, ‘Nah, you can’t have no parts of it,’ and flushing it.”.

“We created something that’s going to go down forever, so I can only have love for Dame. I just don’t know where we are in our life. Were we the same two young men at that time? Or will we gell in that way? I haven’t seen him in a while. I have ultimate confidence in him that he’ll find his way, because he’s an amazing and really smart guy.”

Last night, the duo exchanged a handshake and a hug. Dash captured the moment and posted it to Instagram.