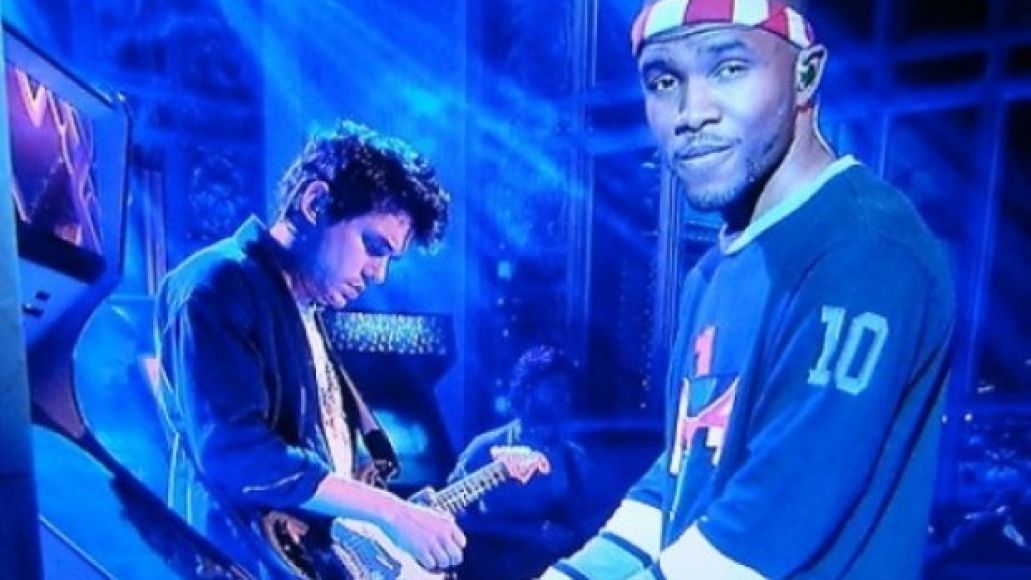 John Mayor will return on August 20th with his new album, Paradise Valley, and according to Rolling Stone, it packs two big-name vocalists.

Mayer appeared on Frank Ocean’s channel ORANGE track “Pyramids”, plus accompanied him for a performance of the song on Saturday Night Live. Now, the R&B crooner is returning the favor with an appearance on the Paradise Valley’s “Wildfire”, which is not a SBTRKT cover, but rather a “brief, poetic track.”

Also featured on Mayor’s album is his ex-girlfriend, Katy Perry, who appears on a “country-tinged mid-tempo track” titled “Who You Love”. Of course, Perry is gearing up for the release of her own new album, Prism, due out October 22nd.

Below, watch Mayer and Ocean perform “Pyramids” on SNL: