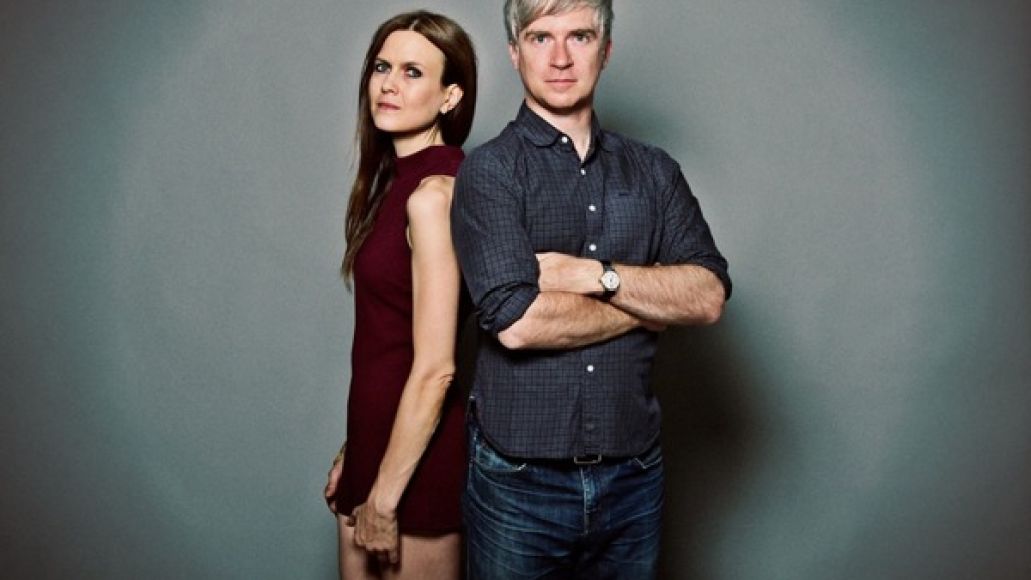 Juliana Hatfield and Nada Surf’s Matthew Caws have shared song-space in the past; he was on her 2008 song “Such a Beautiful Girl”; she sang on a Nada Surf b-side called “I Wanna Take You Home.” Since then, Caws has kept surfing, and last we heard of of Hatfield she was recording a Lemonheads album with Ryan Adams. Now, though, the pair have reconvened as a duo under the moniker Minor Alps, and their debut record is set for October 29th via Barsuk.

“We eventually asked each other to sing harmonies on songs on each other’s records,” Caws said in an interview with Paste. “Over the last few years, we’ve taken turns suggesting we do something together. The timing was right for both of us this year, so away we went.”

Echoing a statement from Hatfield saying that, “In certain ranges, the tones of our voices are so similar I can’t tell which is which,” Caws added, “From the first session singing on one of her songs, I had a great feeling in the studio, like we were speaking the same language. Her melodies have always seemed familiar to me, as if our ancestors came from the same town.”

That studio harmony led to the evenly split duties on the 11 tracks comprising Get There, the duo’s first release. Recorded largely in Hoboken, NJ with Caws’ childhood friend Tom Beaujour, Minor Alps is 50% Caws, 50% Hatfield from the vocals, to the writing credits, to every instrument save drums and programming (which came from Parker Kindred and Chris Egan).

You can hear the results of that role sharing on lead single “Buried Plans” over at NPR. PR for the release describes the track as “primitive electronic dub pulse,” while other album tracks range in sound from “straight-up rock hook (‘I Don’t Know What To Do With My Hands’) to stripped-down electric guitar punch (‘Mixed Feelings’) to eerie trance-allure (‘Radio Static’) to hypnotic guitar drone (‘Waiting For You’).”

Get There is out on October 29th, while the band will hit the road in support of the record come November.