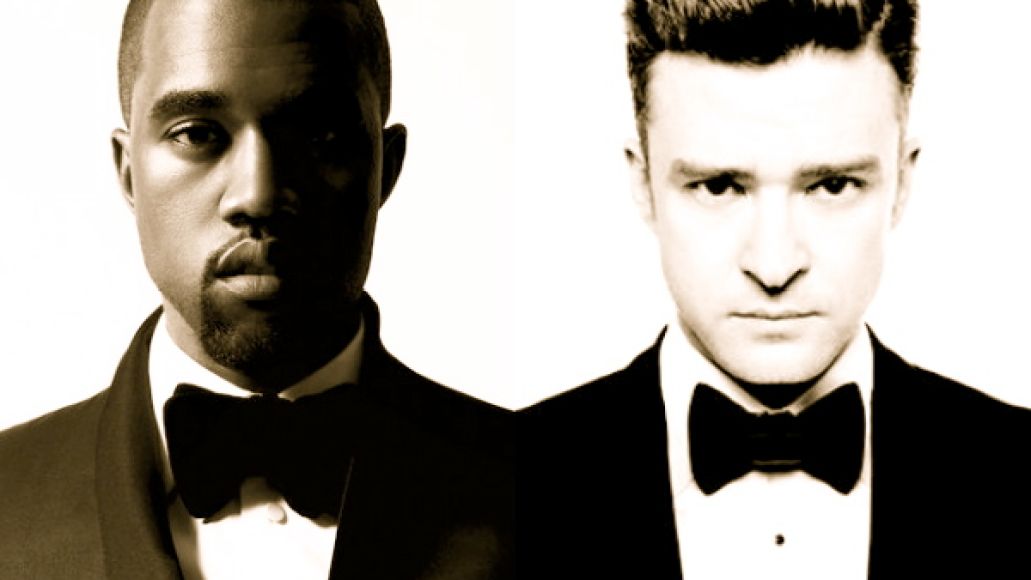 As Justin Timberlake make the rounds in support of the forthcoming sequel to The 20/20 Experience, we’ve gotten insight into the album’s recording process, double dates with Jay Z and Beyoncé, and his music future.

In an interview with Sway in the Morning today, Timberlake was finally asked about his relationship with Kanye West. If you recall, Kanye took a shot at Timberlake’s and Jay Z’s song “Suit & Tie” back in February, telling a concert audience, “I got love for Hov, but I ain’t fucking with that ‘Suit & Tie’.” Timberlake responded a month later during his appearance on SNL by reworking the song’s second verse from “Shit so sick got a hit and picked up a habit” to “My hits so sick got rappers acting dramatic”.

Timberlake told Sway that he and Kanye finally cleared the air this past weekend at the VMAs. “At the end of the day it’s just music,” Timberlake explained. “I love the record, I love ‘Suit & Tie.’ It reminds me of the music I grew up listening to. I respect his opinion because I think he’s a genius, but I don’t share that opinion. It’s just not that big of deal. To do it at SNL too is like…it’s not that big of deal.”

Timberlake continued, “I told [Kanye], ‘I fuck with you, in a way that you probably don’t even understand. I get what you do. We’ve never worked together, so I don’t think that he fully understands what it is that I can do. I love [Kanye’s] Yeezus, I love that album. I think he’s ahead of a lot, especially in his genre. I think people are going to appreciate it a lot more in the future.”

Timberlake added that he would like to collaborate with Kanye and expressed that desire to the rapper during their conversation, to which Kanye responded, “Well, the best way I know how to do that is for us to just sit down and play music.” Quick, someone book them a weekend at the Waldorf-Astoria STAT!