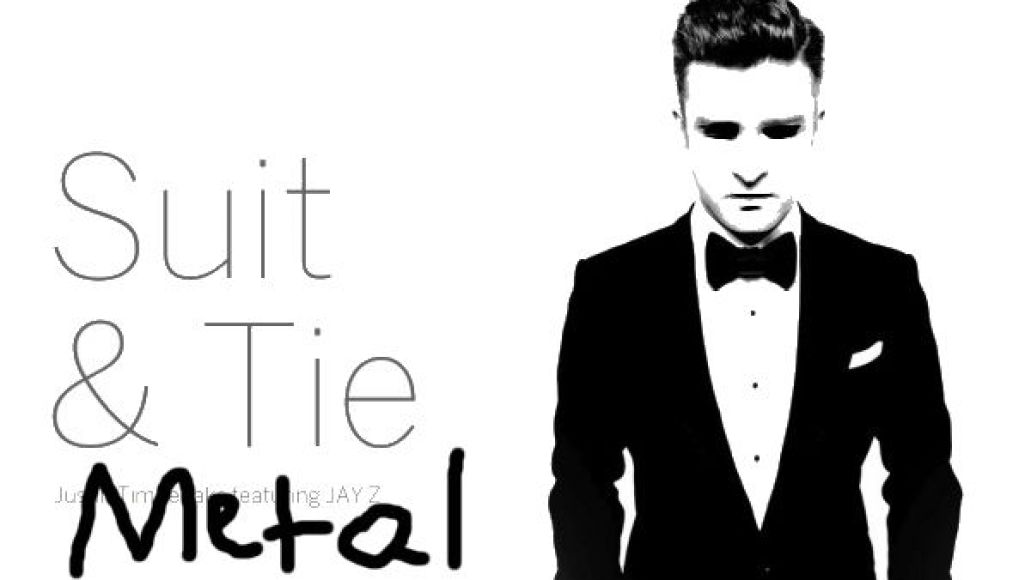 Among the Internet’s myriad of entertainment options, which include Grumpy Cat memes, Twitter beefs, and this guy’s Vine, are “Goes Metal” videos, where popular songs are reworked as pulverizing anthems. There’s Christina Aguilera’s speed metal version “Genie in the Bottle”, Jay Z’s “99 Problems” as a bit of Sabbath, and now Justin Timberlake‘s “Suit and Tie” goes the way of power chords and headbanging.

Performed and arranged by Andy Rehfeldt, the once sultry little number of neo-Sinatra horns and swagger takes on new life, devolving from cute and playful into something much more sinister. Sure, it isn’t Iron Maiden’s “Run To The Hills”, but lyrics such as “Let me show you a few things” and “Love is swinging in the air tonight” take on a darker meaning over the crashing of cymbals and berzerker guitar theatrics. The weirdest, most disturbing part, though? Seeing middle-aged white woman shimmying in their DKNY dresses. Slap on some corpse paint and click play below.

And speaking of things that rock, Timberlake is reportedly set to reunite with ‘N Sync at the 2013 VMAs.

Justin Timberlake's "Suit & Tie" is better as a metal song