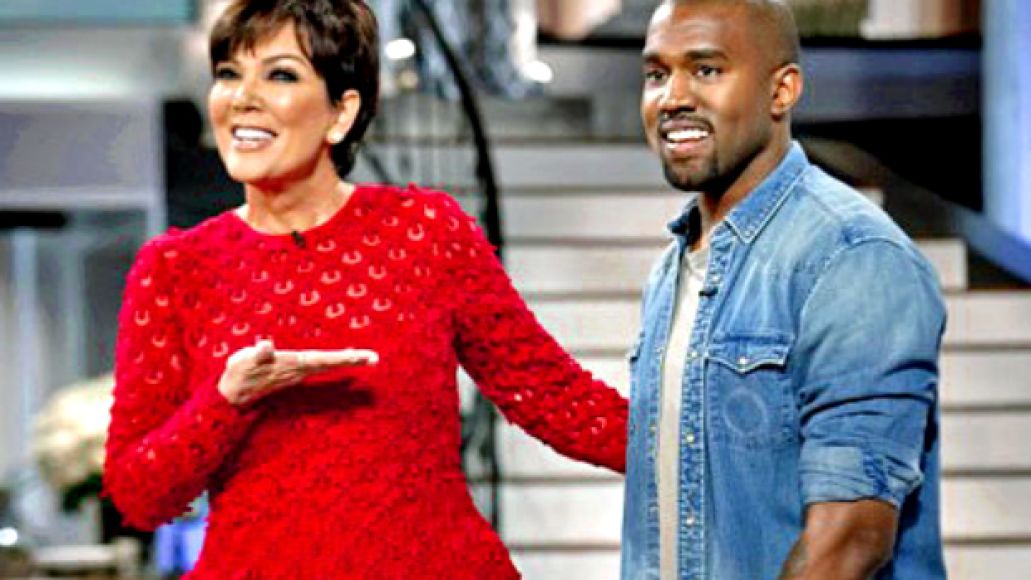 Being the mother of Kim Kardashian does have its perks: Kanye West will make a rare television appearance on Kris Jenner’s new daytime talk show, Kris. According to EW.com, Kanye filmed an interview with Jenner today, discussing topics such as his relationship with Kardashian, their child together, and dealing with the press. It will air during the Friday, August 23rd episode of Kris (via Complex), marking Kanye’s first televised interview since the Matt Lauer debacle on the Today Show in November 2010.

Two days later, on August 25th, Kanye will perform at the 2013 MTV Video Music Awards. I’m just going to go ahead and assume that will make for some more intriguing television.