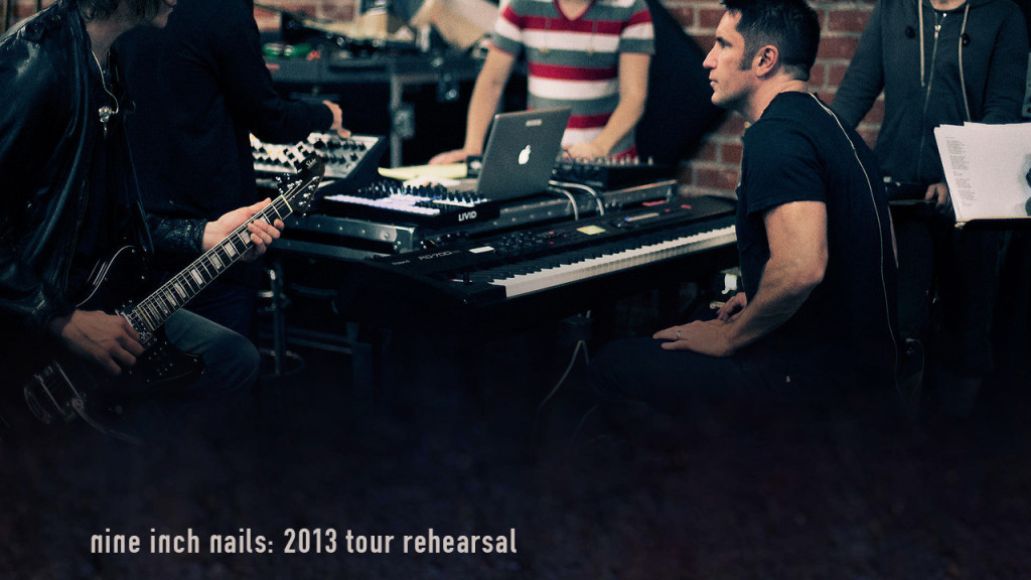 A collection of 25 soundboard quality recordings from Nine Inch Nails’ 2013 tour rehearsals surfaced on the Internet over the weekend. As a Reddit user explained (via Bloody-Disgusting), a member of the band’s live production team recorded the band’s sessions, including banter between Reznor and his NIN band mates in between songs.

“This was sent to me by the ETS member, accelestar. I am not going to say where this came from but these rehearsals are from the month of June, so right in the middle of rehearsals for the upcoming Festival dates as well as the fall Tension 2013 tour. There were two long mp3 files that I received. One was just a few songs that they stopped and started with Trent giving some advice along the way, as well as setting up the mix on the board. The other mp3 file was a full run through performance of one of the festival sets calibrating Trent’s IEM feed along the way with only one stop in 1,000,000 that I removed because they restarted the song fully. I have not included the long files, only the tracked version to play it like a seamless performance. It was very interesting to hear some of the “behind the scenes” talk in what goes on at rehearsals but I don’t think that is something that needs to be public. I hope everyone can understand that as these are rehearsals. And obviously the quality is phenomenal!”

Download the recordings here and check out the tracklisting below.

Copy of A
Sanctified
Came Back Haunted
Disappointed
1,000,000
March of the Pigs
Piggy
The Frail
The Wretched
Terrible Lie
Gave Up
I’m Afraid Of Americans
Closer
Burn
Help Me I am In Hell
Me, I’m Not
Find My Way
What if We Could?
The Way Out Is Through
Wish
Survivalism
Only
The Hand That Feeds
Head Like a Hole
The Day The World Went Away
Hurt

Below, watch a new teaser trailer for the album and its artwork, soundtrack by the album’s 52-second opening track, “The Eater of Dreams”.