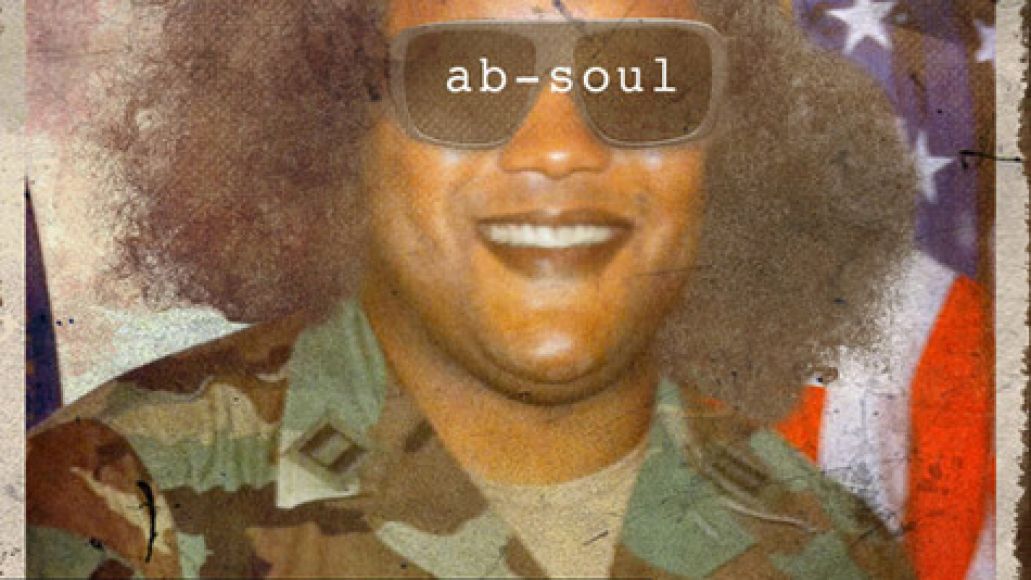 In past interviews, Kendrick Lamar has indicated that the Black Hippy clique tend to roll out projects one at at time. With Lamar still supporting last fall’s good kid, m.A.A.d city, and ScHoolboy Q plotting Oxymoron for later this year, Ab-Soul has announced work on an as-yet-detail-less project.

Tonight, Ab-Soul previewed the release with a brand new single titled “Christopher DRONEr”. Named after the LAPD officer involved in a string of police shootings last year, the track’s beat of chopped-up bells and chimes fit Ab-Soul’s role as ghetto town crier. His hyper-intense remarks hit on a number of political and social issues, from referencing his one-time support of Officer Dorner (“This ain’t no manifesto, you niggas know me/My niggas manifest O’s of the Oakley”) to 9-11 and Babylon references and poignant tales of a life spent hustling (“The SWAT team got robots and I’m thinkin’ ’bout coppin’ mine/Literally, fuck a pair of shoes, I’m cockin’ nines, yeah you to shoot”).

While he’s not as celebrated, the track emphasizes Ab’s core strength as the most direct and confrontational of his all-star circle. Listen in below (via Rap-Up).