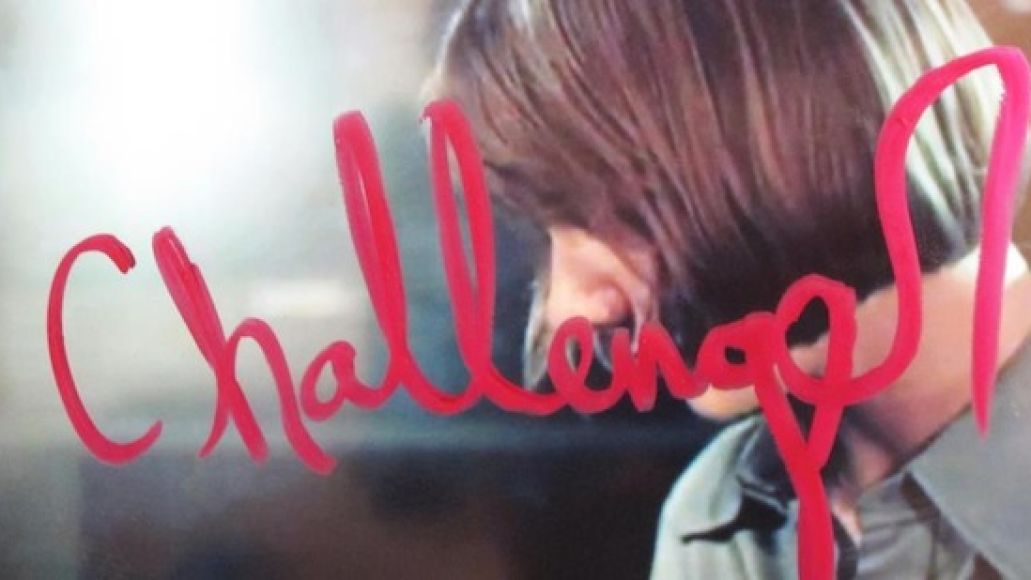 Though they only released their debut album, The World Is Too Much For Me, just last winter, New York electro-pop band Challenger are back and with a brand new song in tow. Titled “Science Of A Seizure”, it’s set to appear on Back to Bellevue, the band’s forthcoming sophomore LP, due out early next year.

The track sees Challenger expanding on the electronic chaos of their last record, as they utilize a range of audio effects as enthralling percussive instruments. From frenetic clacks and whacks that sound like out-of-control machine guns to 8-bit bleeps and blips reminiscent of a video game in overdrive, “Science Of A Seizure” will easily shake up your sense of hearing like a swift kick to the face. (The good, jolt-you-back-to-life kind of kick, that is.)

That’s not to say “Science” is all digital, however; the song’s built on warm, human elements, too — glowing melodic turns and vulnerable, yearning vocals keep it grounded, emotional. The end result? An intricate machine with a big heart.

In addition to Back to Bellevue, “Science Of A Seizure” appears in the trailer (below) for Not Waving But Drowning, a film written and directed by the band’s keyboardist Devyn Waitt, which will be released on YouTube next month. Fun fact: Challenger was born during the soundtracking of said movie.

Listen to Challenger's new song, "Science Of A Seizure"