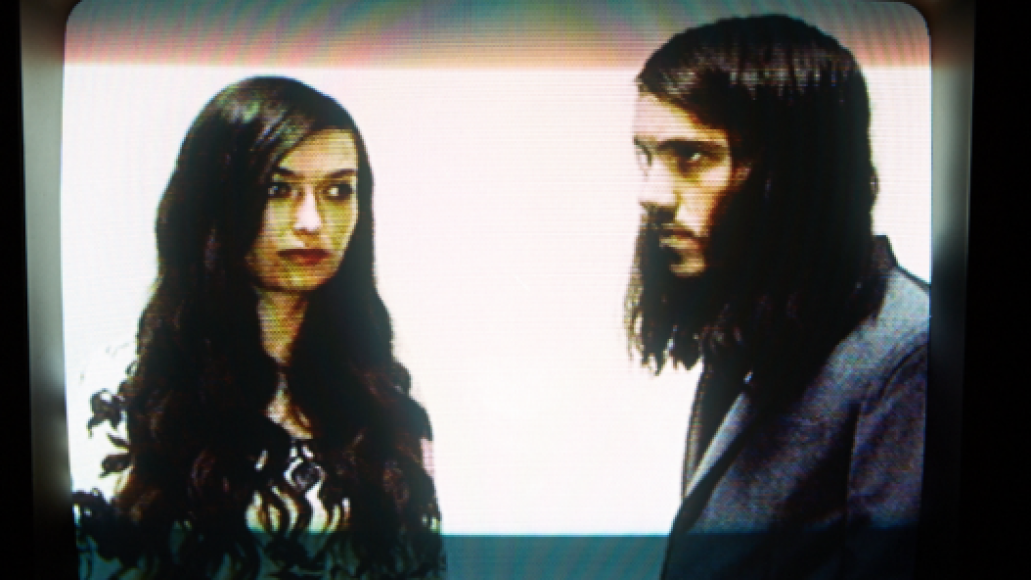 Cults have unveiled “I Can Hardly Make You Mine”, the lead single off their sophomore album, Static, due out October 15th via Columbia Records. While the album’s Poltergeist-esque teaser trailer sent out haunted vibes, this latest single continues in the ’60s pop vein of 2011’s self-titled debut. There’s some darker elements (the rattle of the organ, pockets of extra-sharp reverb), but the big, crunchy bassline and Madeline Follin’s Kewpie doll vocals are about as infectious and life-affirming as they come. Listen to it now at NPR.

If you missed it (or enjoy being frightened), re-watch the teaser trailer below. It features snippets of album tracks “We’ve Got It” and “So Far”.

Listen to Cults' new song, "I Can Hardly Make You Mine"