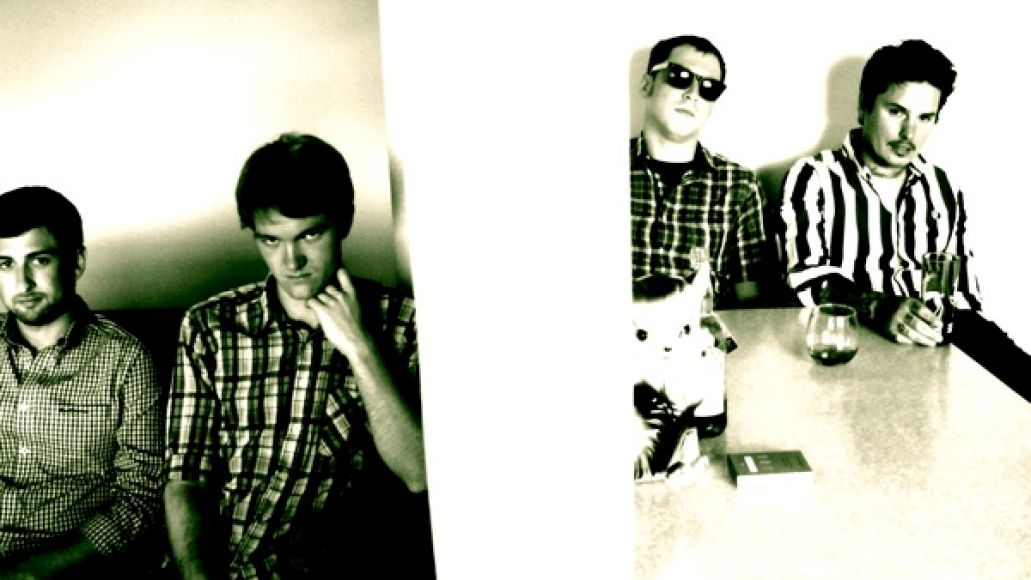 Not content to simply play the backing drummer for Cults, Cory Stier set off to form his own band. As Mrs. Magician, he and his band (filled out by Jacob Turnbloom and Tommy Garcia) released their Strange Heaven debut last year. The record was stuffed like an old beach picnic basket, packed with fuzzed-out surf rock vibes that put sharp edges on the coastal sounds of their California home. Turns out the recording sessions for the album were actually overflowing with material, and now some of those tracks have spilled over to a new release with an incredibly apropos title: B-Sides.

If newly released single “Fuck You Aunt Gloria” is any indication, this record isn’t just a collection of toss-aside tracks so much as the result of a  surplus in quality tracks. With a downtrodden strolling bass line and woozy guitar moans like a surfer dizzy from a particularly nasty wipe-out, the band produces a sound that is distinctly beach-rock, but played from a very rocky beach.  The lyrics are no cheerier, as they follow a sweet old man’s life story from “pretty girls walking the cobblestones in California’s gold sunrise” to “living alone spending all his nights with pretty girls, but on the phone.” It’s surf-rock for the sadder set, and you can check it out below.

Mrs. Magician’s B-Sides is out September 3rd on Stier’s own Thrill Me Records.