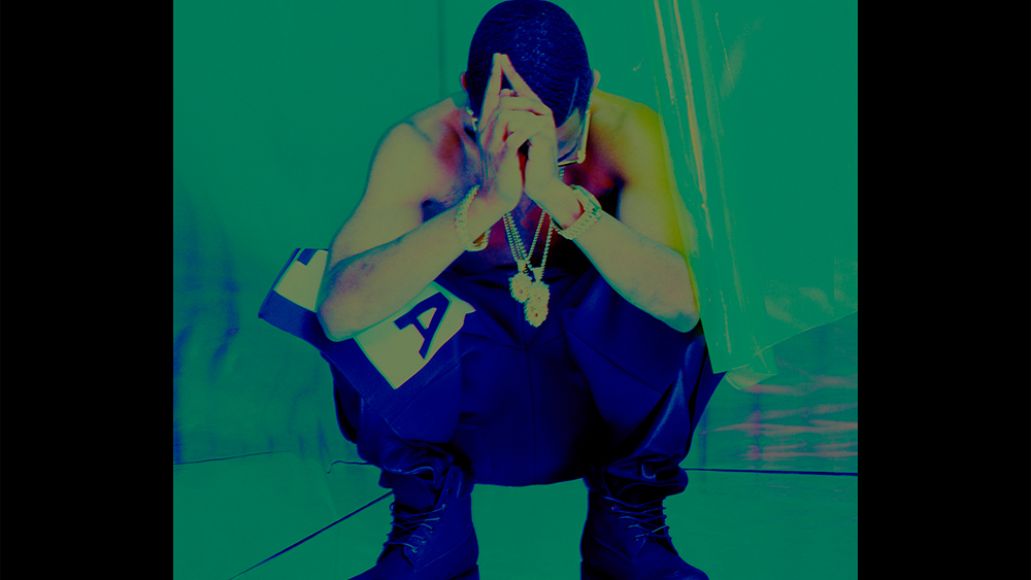 Big Sean’s new album, Hall of Fame, is loaded with big name guests including Nas, Miguel, Pharrell Williams, Kid Cudi, Lil Wayne, Nicky Minaj, Young Jeezy, and even Ellie Goulding. Jay Electronica and Kendrick Lamar would have been on it too if it were not for an uncleared sample. So, instead, Sean leaked their “Control (HOF)”, produced by No ID, on tonight’s episode of Funkmaster Flex on Hot 97 in NYC.

“This one that didn’t make the album cuz of the sample BUT IT IS NOT no radio shit.. Straight rap… I’m talking 7min shit… Grimey shit,” Sean wrote of the song on Twitter, though even that may be an understand. In fact, Kendrick’s contribution already has to be on the shortlist for verse of the year. An excerpt from his lyrical onslaught of vicious no holds barred anti-everybody hip-hop:

“I heard barber shops debate the greats all the time // Who’s the best MC? Kendrick, Jigga and Nas // Eminem, Andre 3000, the rest of y’all // New niggas just new niggas, don’t get involved // And I ain’t rockin no more designer shit // White T’s and Nike Cortes, this is red Crvettes anonymous // I’m usually homeboys with the same niggas I’m rhymin with // But this is hip hop and them niggas should know what time it is // And that goes for Jermaine Cole, Big KRIT, Wale // Pusha T, Meek Mill, ASAP Rocky, Drake //Big Sean, Jay Electron’, Tyler, Mac Miller // I got love for you all but I’m trying to murder you niggas // Trying to make sure your core fans never heard of you niggas // They don’t wanna hear not one more noun or verb from you niggas // What is competition? I’m trying to raise the bar high.”