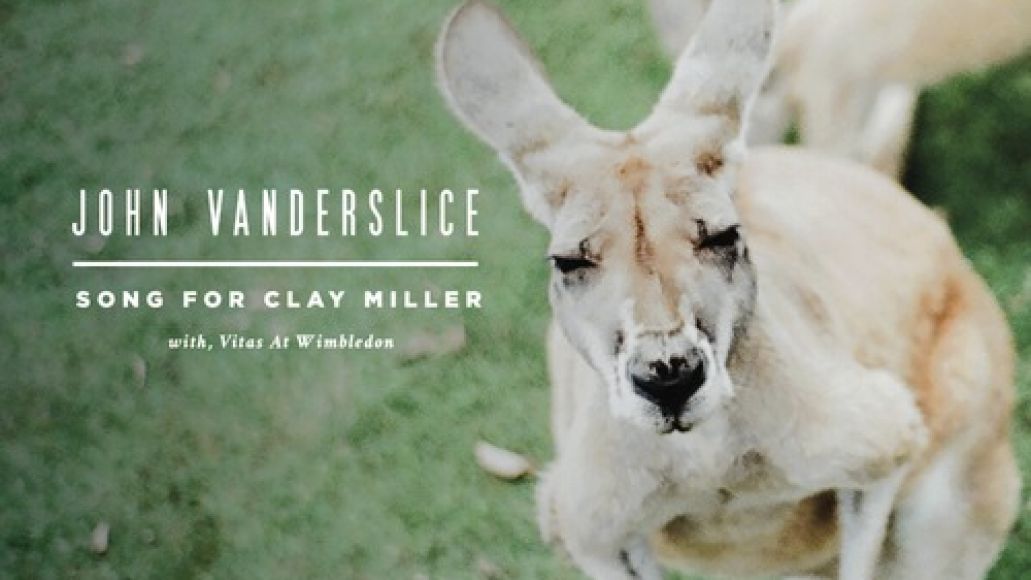 On August 6th, John Vanderslice will release the double A-side single “Song For Clay Miller” b/w “Vitas At Wimbledon” via The Native Sound. As is Vanderslice’s tendency, “Song For Clay Miller” is a simple and profound pop song nearly overtaken by various  eccentricities. But even under the stratum of swirling effects, whimsical organ, and the hum of mechanical drum beats, Vanderslice’s earnestness and heartfelt vocals manage to resonate the most intensely. Listen in below.

“Song For Clay Miller” was originally released as an incentive to 1,200 supporters of Vanderslice’s recent Kickstarter. (“Vitas” being an unreleased outtake from 2009’s Romanian Names). The project raised $80,000 and allowed Vanderslice to self-release two records this year, the excellent Dagger Beach and the experimental, track-by-track cover of David Bowie’s Diamond Dogs.