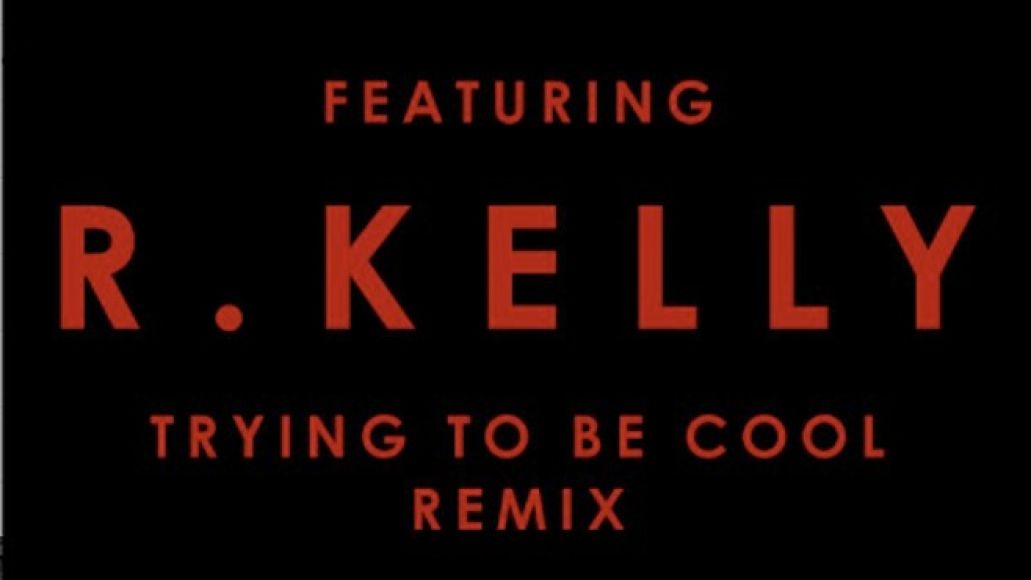 Bolstering Chicagoan-Parisian relations better than a foot-long dog made with a baguette, Phoenix and R. Kelly have released their collaborative remix of “Trying To Be Cool”. The slice of Versailles-meets-The-Chi premiered earlier today on Zane Lowe’s BBC Radio 1 show. Take a listen to the official stream below.

The pair first teamed up at Coachella earlier this year when Kelly joined Phoenix during their headlining set to perform a mash up of the “Ignition” (Remix) and “1901″.

In an interview with Radio.com, guitarist Christian Mazzalai insisted they’re longtime fans of the singer, adding: “Before going onstage we always put on R. Kelly’s music, which is very far from our music, but we love his art. So we created a mash-up between our music and his music. We sent it to him and he said yes. The funny part is he arrived late so we didn’t see him before. We met him onstage. We didn’t rehearse so there was a beautiful tension.”

In the months following Coachella, they reconvened in Kelly’s hometown of Chicago to record the remix.

Watch footage from their Coachella performance in a trailer for the remix below.

Listen to Phoenix and R. Kelly's remix of "Trying To Be Cool"