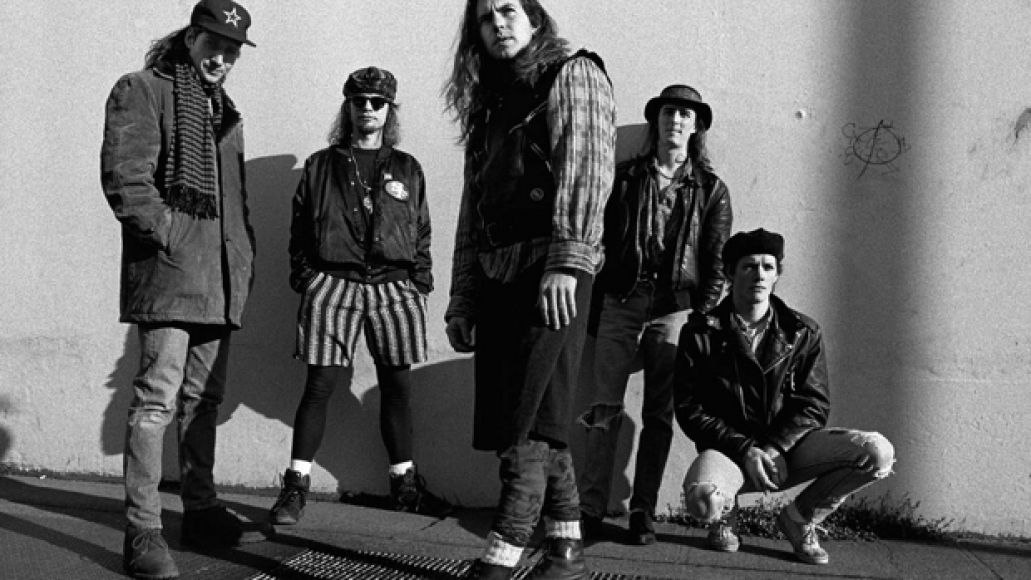 Before Pearl Jam was playing to sold-out stadium crowds, Eddie Vedder and co. were known as Mookie Blaylock, and probably just thrilled to be in the studio. In mid-October of 1990, the band – then Vedder, Stone Goassard (guitar), Mike McCready (other guitar), Jeff Ament (bass), and Dave Krusen (drums) – entered Seattle’s Galleria Potatohead (London Bridge Studios). There, for one of the first times ever, they laid their songs down on tape, and the rest is history.

Now, thanks to YouTube user Luciano Gargiulo, those early recordings are available for all to enjoy. The 11-track First Studio Sessions “album” features the first takes of many cuts that would eventually find a home on PJ’s debut record, Ten. You can also hear rarities like “Breath”, “Just a Girl”, “Evil Little Goat”, and what would eventually become “Yellow Ledbetter”.

You can hear it all below, followed by a tracklisting so you can skip about the video at your leisure.