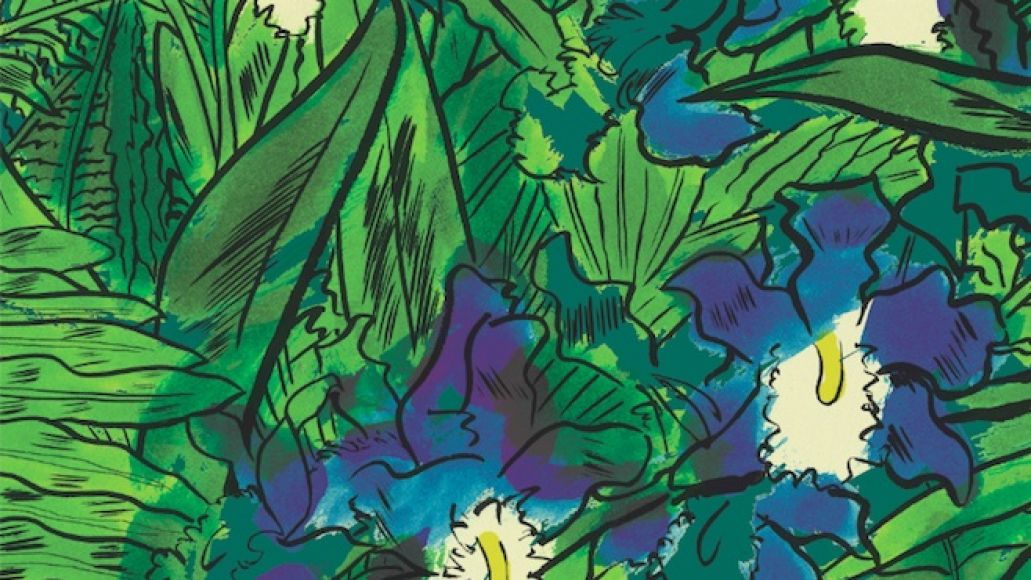 Along with being frontman of TV on the Radio, Tunde Adebimpe is a member of Higgins Waterproof Black Magic Band with musicians Ryan Sawyer (Lone Wolf and Cub), Josh Werner (Lee “Scratch” Perry, CocoRosie), and Alex Holden (Big Numbers). On October 1st, Higgins Waterproof will release a new five song, self-titled debut EP via their own label, ZNA Records.

As a first taste, the foursome’s unveiled opening track “The Blast, the Bloom”. On the one hand, Adebimpe’s emotionally conflicted vocals amid a sea of guitar nose and thudding percussion feels like a more linear version of TVOTR. But there’s other factors that prove there’s something more sensual and tactile to Higgins’ sound, specifically the more immediate pacing and the sauntering and tropical undertones of the instrumentation. Listen in below (via Pitchfork).