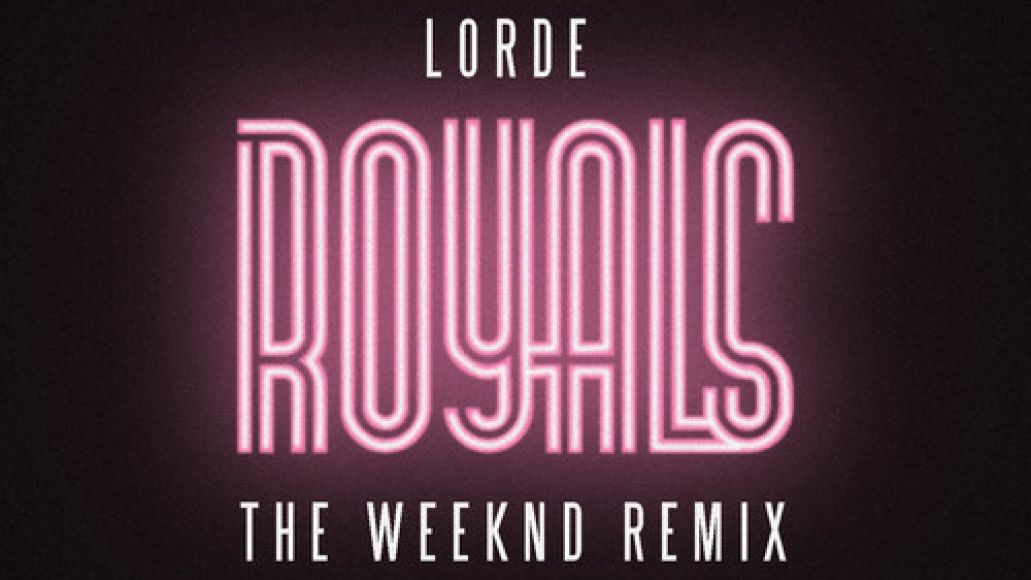 16-year-old New Zealand singer Ella Yelich-O’Connor, a.k.a. Lorde, is already the talk of the Internet, but today she receives a massive cosign from her Republic Records label mate Abel Tesfaye, a.k.a. The Weeknd. He’s remixed her hit single, “Royals”, adding specks of skittering beats, a sonorous synth-y backdrop, and even slivers of his own vocals. Take a listen below.

If you haven’t heard the original, here it is in video form: