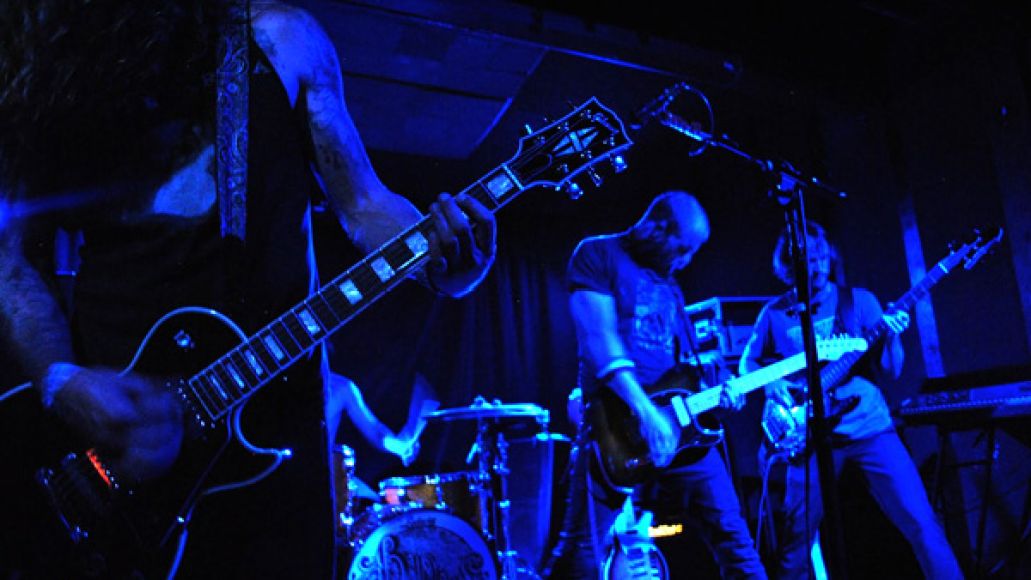 Metal shows are few and far between in the quaint college town of Columbia, MO. The scene here is only niche in that regard. However, when a show does pop up, the local metal contingent responds in full force. Even on a Sunday night at the local dive, Baroness drew well, the crowd eager and energetic, as if they’d been waiting months for the concert (I know I had).

It’s been roughly a year since their tragic bus accident in Southhampton, UK. “The miraculous and astoundingly simple fact is that we all survived,” the band wrote on its Facebook. “For some, it took a matter of weeks to get back on tour again; for others it meant changing the personal and professional course of our lives. Not one of us faltered; and we have, each of us, earned this bittersweet anniversary…”

To see this version of Baroness is to see a band that has persevered and maintained, overcoming physical injuries as well as mental trauma. If anything, their music has become even more powerful. The set opened with “Take My Bones Away” and “March to the Sea” — the first two tracks of last year excellent Yellow & Green — with the band upping the tempo and volume of these live versions. Unfortunately, the limitations of the small venue were immediately apparent. While the sweaty intimacy of Mojo’s is endearing, the cramped acoustics couldn’t do justice to Baroness’ huge, stadium-ready sound.

That said, they still captivated the audience with their melodic metal, throwing in heavier older tracks (“A Horse Called Golgotha”) with softer new ones (“Little Things”, “Board Up the House”). Instrumental interludes were sprinkled throughout the set to give it a seamless cohesion — a savvy move that gave the band time to change tunings without disrupting the flow of the concert, which is a more introspective affair than most metal shows. Rather than headbang, the majority of fans sang along with frontman John Baizley as he hit the climactic choruses of “The Line Between” and “Eula”. “We my ship comes in/ I’ll find a way, to be free again,” he sang, the audience assisting on backup vocals. 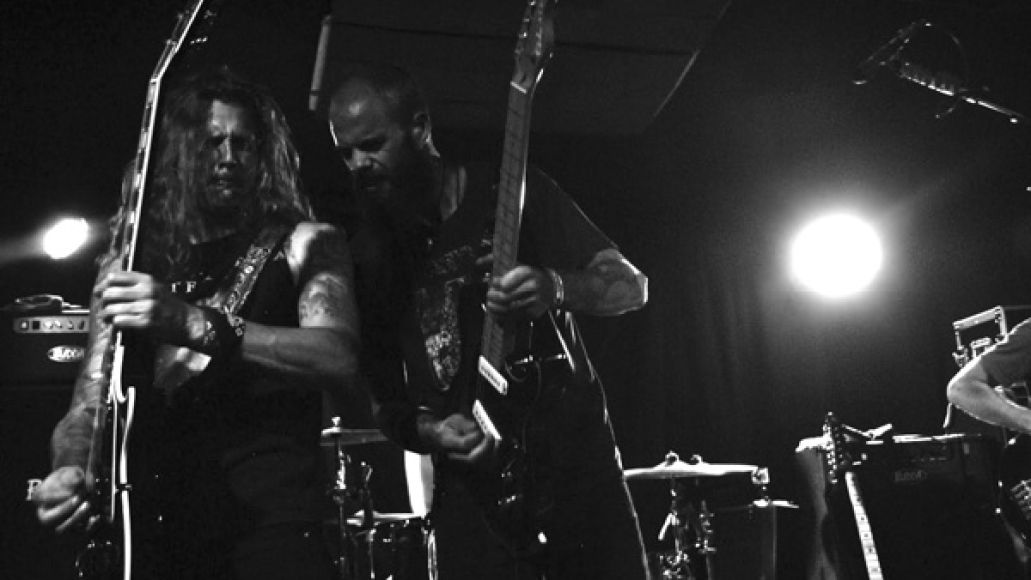 Baroness left the stage for about 20 seconds before returning for an encore. “We’re gonna play some heavy songs now,” said guitarist Pete Adams, prompting the band to launch into Blue Record highlights “Sweetest Curse” and “Jake Leg” before closing with an old staple, “Isak”. Baizley and Adams exchanged smiles on stage and faced each other during the latter’s harmonized guitar solos. All night they’d played with this intensity and passion, a testament that they truly enjoyed what they were doing and had conquered the tragedies of a year ago.