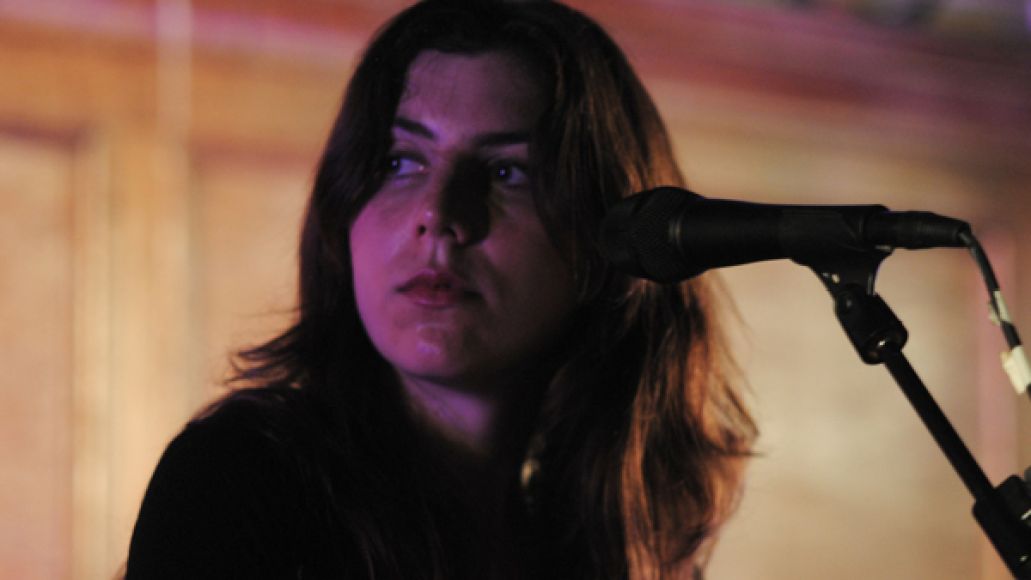 Julia Holter stood centre-stage at London’s Cecil Sharp House looking for a way to explain herself: “Sometimes in love you are unsure. You’re hopeful but you’re also hesitant,” she said, like a warning. Then she laughed. The song described was “He Is Running Through My Eyes”, a haunting and serious piano piece, but the laughter meant more. It buoyed the tension of the night, the feeling shared by the large but sparsely-spread crowd: anything could happen to these songs. A stray laugh could affect a ballad; a smile was enough to change the night’s course.

Because of its reverent setting – a looming ceiling, wood-panelled bars, and four distant walls, one hanging an abstract and iridescent mural – I assumed Cecil Sharp House would marry best with the songs of Ekstasis. A special kind of folklore lives on that album; Holter told a fantasy story that was antiquated, offering us a new world to step into with her chamber pop, but first setting up the ancient and creaking one we left. Instead of keeping that dichotomizing tone alive, however, Holter took the chance to change these songs. “Marienbad”, the third song she performed, became less of the spiraling introduction it was originally used as, its floated opening keyboard notes sounding less remote and more tangible. The band’s transition into the song’s second passage was intensified by an assault of relentless cymbal rumbles from Corey Fogel, changing the focus of the arrangement to one that filled the room with a wall of noise. “Four Gardens”, too, felt far more physically intimated than it does in album form, a result of its more classical arrangement; the artifice of the original, a song with a pulsating programmed beat and a plethora of whirring noises, was embellished by bringing the violin and saxophone to its forefront. 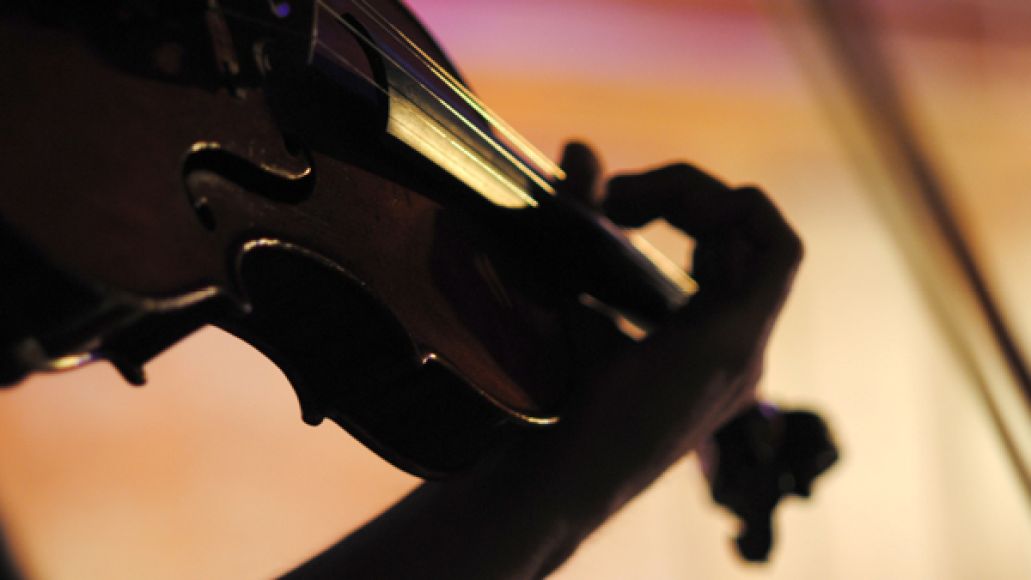 Surprisingly, it was Loud City Song – Holter’s new album, based around L.A.’s cruel, swallowing infrastructure – that played off the venue’s world-away-from-the-world aesthetic. Cecil Sharp House is the kind of venue that expounds upon the most microscopic sonic detail; someone walked into the room half way through Holter’s opener, the sparse, continually suspended “World”, and the floorboards creaked, punctuating the empty scene for a moment. A car-horn sounding in the distance led to smiles from those around me during “In The Green Wild”. There was a sense this was all natural; Loud City Song contrasts the silence of an empty city street with what happens at rush hour, and live, these songs lived in a place where people could change them in a movement. Nobody blinked at it; for “World”, the crowd’s concentration was fixed on Holter’s commanding vocal aphorisms (her exhales of “Heaven”, “Hats”, and “Mothers”), which rippled with the acoustics of the room. The song played off different types of tension: the building crests of sound brought in from separate parts of the band, but also the sense that anything could have happened in the moments when the music stopped. Later in the show, Holter’s voice interlocked with the quiet again – fittingly, it happened on “City Appearing”, Loud City Song’s closer. Holter paused and chose her words with precision: “So,” she began, “in this late hour/ maybe trouble/ maybe fantasy”. 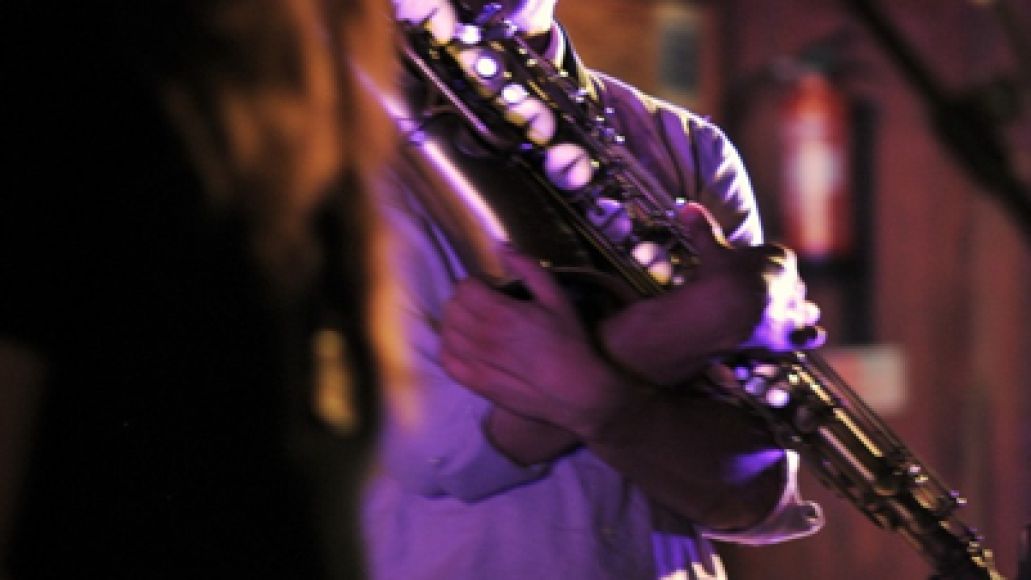 Holter’s band was able to recreate the tension of Loud City Song with ease, but what struck most about the performance was its fluidity. These songs diverged with superb clarity; I was stunned by the interplay of violin phrases and saxophone on “In The Green Wild”, Andrew Tholl and Danny Meyer trading different sounds both representative, in their timbre, of passing sirens. You could see them interlocking across the stage. This was surely the show at its most collaborative, with Chris Votek’s sturdy cello notes intricately knotting the song’s two parts together. After an isolating rendition of “He Is Running Through My Eyes” – accompanied only by cello, and paying close attention to how full a sound she could get out of her small keyboard – Holter continued her show’s most meditative passage with “Hello Stranger”. This was the show’s biggest revelation. On record, it sounds like a pop song suspended in the air, Barbara Lewis’ original refrains manipulated into an ominous, cityscape drone; the show made it feel as expansive, but clearer, Holter playfully referencing Lewis by bringing in her use of “shoo bop!”. On record, “Hello Stranger” enters a loud fog towards its end, and such was laid out gorgeously on stage; it came from Fogel’s brushed drumming and the subtle crash of instruments around the song’s ambient epicentre.

Holter’s setlist proper concluded with “Maxim’s II”, another song with tension ringing around its edges. Holter introduced it with a shriek of the refrain that runs through both versions of “Maxim’s” (“Tonight! The birds are watching me!”), assuring a maximalist performance therein. Her whispered segment was horrific, a last gasp of the album’s anxiety, and the dissonant extended outro that ended the show sounded like a conclusion of what the city is: unrelenting and punishing, even when you’re in a building as fabulous as this. With “Maxim’s II”, Holter had played every song from Loud City Song, but the decision to make this the last of them was telling: in an excruciating silence, we are left pining for something to deafen us.

Setlist:
World
In The Green Wild
Marienbad
Horns Surrounding Me
Maxim’s I
This Is a True Heart
City Appearing
Four Gardens
He Is Running Through My Eyes
Hello Stranger
Maxim’s II
Encore:
Goddess Eyes I