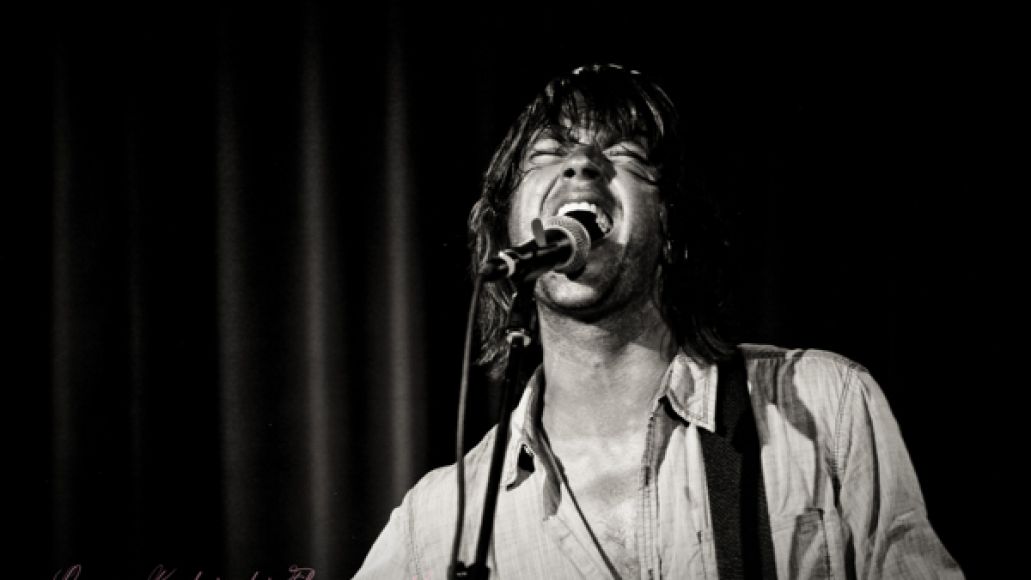 It might be a good idea for Rhett Miller to add a portable defibrillator to his concert rider. Watching the Old 97’s frontman manically strum, yelp, and coo for two hours armed only with an acoustic guitar and an amphetamine addict’s energy makes you worry his heart may simply give out.

Miller’s songs deal mainly in broken hearts as well. Drawing equally from his own quartet of solo albums and the extensive back catalogue of The Old 97’s, the night was dedicated to the fictitious women of small-town bars that populate Miller’s music. The Chapel made for a fitting venue, as the intimate crowd treated the evening as a country sermon, stomping their feet, belting out choruses, and in the evening’s most tender moment, ascending the stage to join Rhett.

Asking for a member of the audience to help him sing “Fireflies”, his duet with Rachel Yamagata off 2006’s The Believer, he brought a woman on stage that he swore he’d never met before. 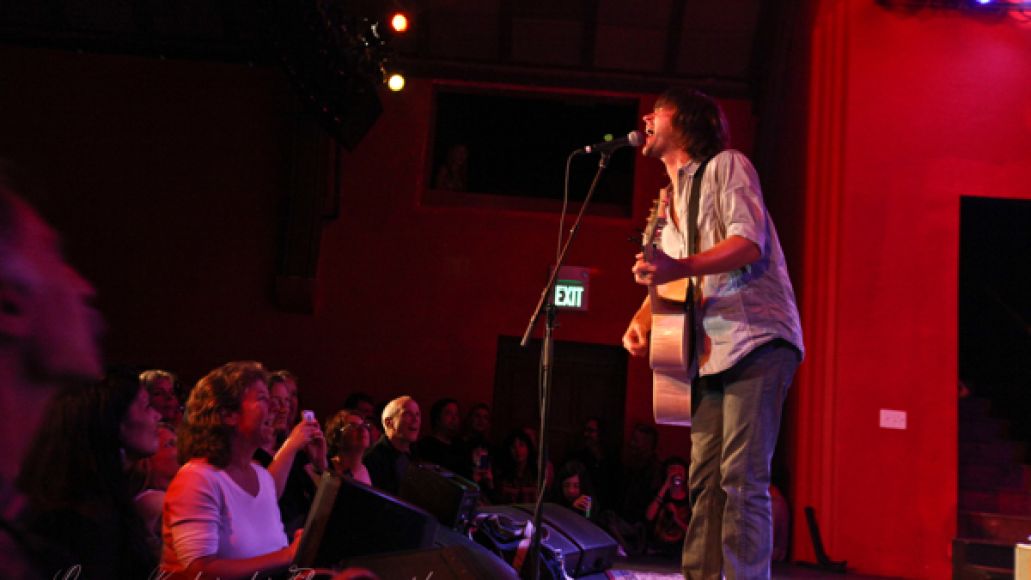 “I feel kinda like a magician,” he joked, assuring the crowd that this woman wasn’t a plant and that he had no idea how his experiment would turn out.

There was no need to worry. She swayed at the microphone, never missing a word, her cheek flush with Miller’s as they came together to deliver the refrain. As she left the stage to raucous applause, a 12-year-old girl begged Miller to let her sing the song with him too. I’d been standing behind her all night, and she knew every word to every song. At one point her father had knelt beside her and kindly suggested she stop singing so loudly. Miller gave it a moment’s thought before relenting, admitting that she was “so fucking cute”. And so “Fireflies” was played a second time, with Miller on his knees and the young girl belting out the part of his lover.

“I’ve got nothing to say,” Miller confessed when the song ended for a second time. “That was the most surreal moment of my life.” 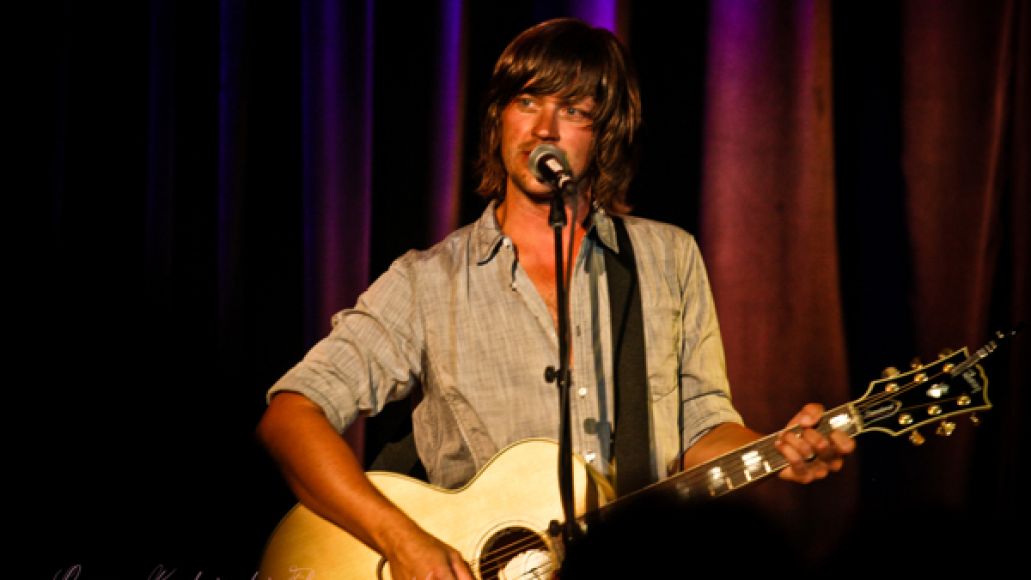 For fans of Miller, it was nothing surprising. He’s always run his show like a whiskey-operated jukebox, giving as much of himself as he can. How else can you explain a 27-song set that spanned two encores and left the Chapel’s congregation clamoring for more when a sweat-drenched, croaky Miller finally departed the stage? The problem with lead singers embarking on solo tours is entertaining a crowd you ostensibly built on a different body of work. Rhett Miller has never had this problem, partially because of his willingness to dig out cuts from his band’s discography but more simply because it’s impossible to begrudge someone who’s so clearly thrilled to share his songs with anyone who’ll listen.

“Holy shit,” he gasped at the midway point of his set. “A sane person would just stop.” Then Miller brandished a smile and rearranged the capo on his guitar. “But I’m not sane.”

We all hope it stays that way.