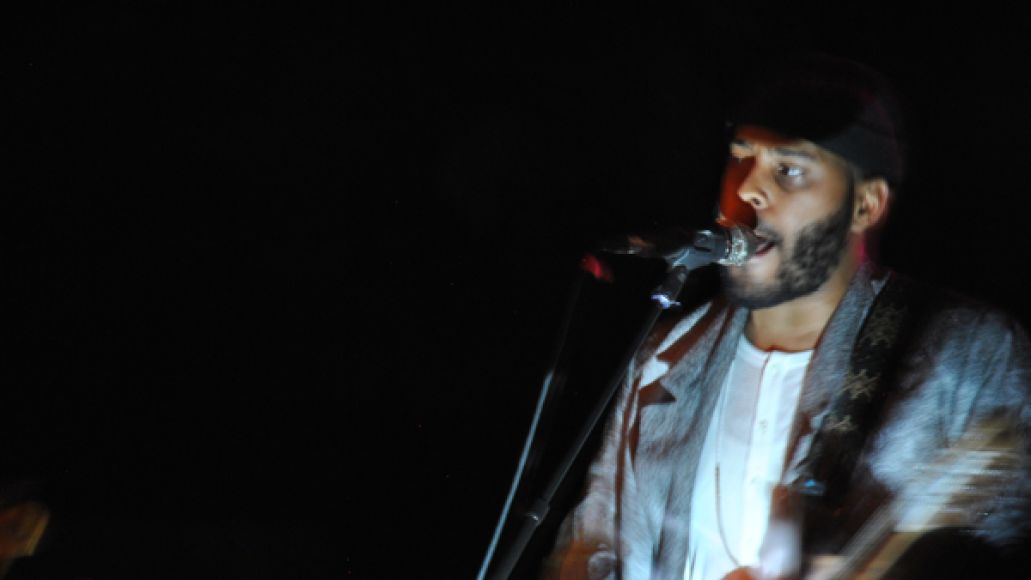 Dusk lowered itself onto New York’s Central Park, inky blueness seeping in from the east, as frontman George Lewis Jr. of Twin Shadow approached the stage. Lights were scarce and muddled, revealing the vague silhouettes of his accompanying band members. Without introduction or grandiose fanfare, he straddled the mic stand and strummed out the all-too familiar chords for “The One”. A subdued tempo enveloped the mellifluous ballad, a heartbreaking poignancy that reverberated through the night air.

Immediately following the intimate spectacle, the band gazed over sputtering, psychoactive basslines, pulverizing percussive intensity, coupled with contrasting layers of synth that abandon the nostalgic undertones of Forget for something a little more innovative, transient even. The lights remained dim, vertical bars or gyrating circles of black and white, rarely illuminating the performers. 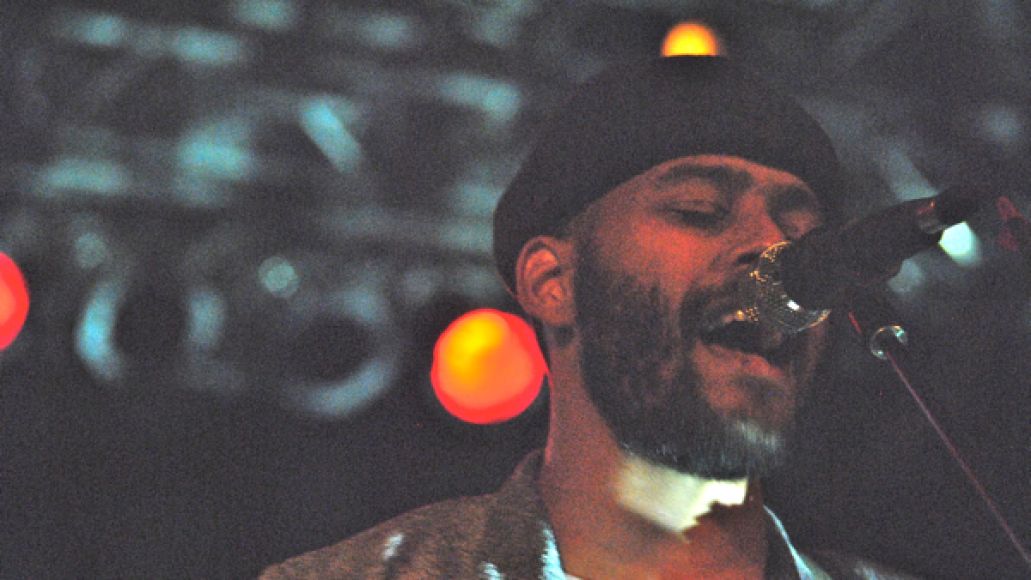 Lewis’ own face was almost always obscured by a well-positioned shadow. I struggled to translate his motives: feigned modesty or sincere humility. Ultimately, I decided against the former. His voice pierced through the night with all the sharp, sophisticated clarity of rattling silverware. Yet, by no means did the vocalist/lead guitarist divert his efforts from the overall musical arrangement. One particularly beautiful female instrumentalist was secluded on the far right of the stage, cornered by electric keyboards, mics, and drum pads. As a result, tracks like “At My Heels” and “Five Seconds” were delivered with an extra ounce of funk, carefully balancing opposing elements of new wave rock and electronic dance music. Fresh beats were positioned over crowd favorites, making the show a distinct, temporal experience.

The set was flecked with a few new tracks. The material was darker, rooted in a confusing brand of grungy consternation. The closing number was an uproarious, senseless display of rock ‘n’ roll. Paying tribute to Van Halen with their explosive hit-single “Panama”, Twin Shadow took on a calamitous alter ego. It was all the crowd could to do to stop from screaming their heads off, managing to get out a few mangled lyrics here and there.