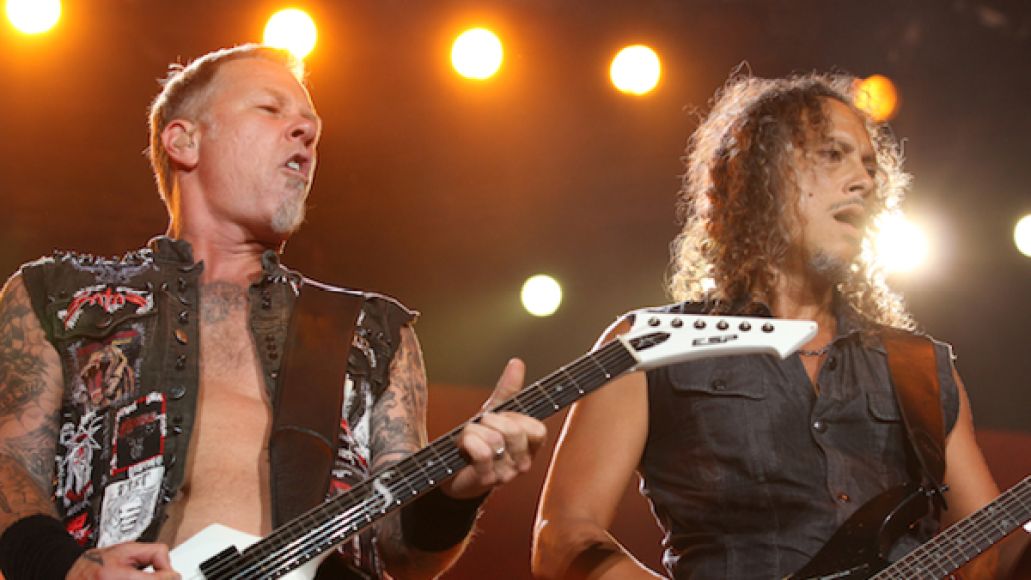 Metallica will support the release of their new 3D film, Through the Never, with a performance at New York’s famed Apollo Theater on September 21st. The concert will be broadcast live on Sirius/XM.

An increasing number of big-name rockers have taken to the Apollo in recent years, including Bruce Springsteen and Paul McCartney. Of course, Metallica’s booking is all that more appropriate given that their most famous song shares a name with Howard “Sandman” Sims, the vaudeville performer responsible for ushering failed acts off stage during Showtime at the Apollo. Though, I’m going to assume Metallica won’t have to worry about getting the hook.

Through the Never, Metallica’s part concert film, part suspense thriller was written and directed by Nimród Antal (Predators) and stars Dane DeHaan (Chronicle) as a “young band crew member who is sent out on an urgent mission while the band is playing a rousing live set in front of a sold-out crowd and unexpectedly finds his world turned completely upside down.” The film hits IMAX 3D screens on September 27th and will expand into more theaters on October 4th.

Watch a trailer below.