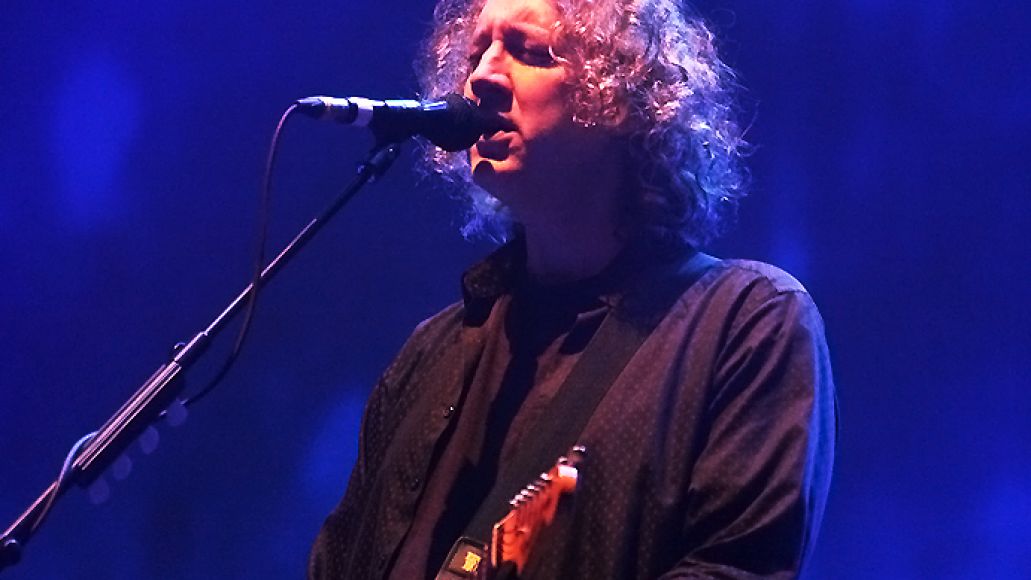 For the first time since the release of m b v, My Bloody Valentine’s first album in 21 years, frontman Kevin Shields has opened up about the album’s recording process and release method, its critical and commercial success, and releases he has planned for the future, including a new EP and remasters of Loveless and Isn’t Anything. Pitchfork published their extensive interview with Shields this morning; here are some of the highlights:

I thought the whole idea that this album could’ve been made a month after Loveless was completely wrong. I find it fascinating how people see it in three parts, and that the first bit’s a continuation from Loveless, the second goes off into something different, and the end is going into the future. But the irony of that is that the first track [“She Found Now”] was the last to be recorded, and it was the only one that was recorded completely from scratch, in 2012.

To be really honest, if we’re lucky, maybe people will eventually see it for what it really is: another really good record in the context of our other two records. When taken altogether, it’s the end of something, in a way. Moving forward, I still have an urge to create music that has the power and punch of the Who, and yet another part of me wants to make a pure-music record, where the musicality comes before the attitude and the energy.

The whole point of this record was to put it out and that’s that, because it was unusual in the sense that it was started and then stopped and then started. I didn’t want to go on about it very much. I just wanted people to take it for what it was, so to give it its most genuine chance was for me to not be very involved in that process.

There’s probably about three more [songs] that will come out sometime. The record could have been a much more novelty record, in a sense, if I put some of the more chord-based songs on it. I think the album will make more sense in a few years– that sounds pretentious, but it will– and in order to have that impending feeling, I had to lose the song that was melodically very nice and pretty. It would have dragged the record toward a much more mid-paced, comfortable direction, and I felt less enthusiasm for that. But that song will be finished someday, because it’s worth finishing. There’s another one that’s more rhythmic-based, but again it just didn’t feel right. And there’s another one that was similar to [“She Found Now”] which didn’t make it, but someday it will.

The next step is to make an EP of all-new material. I’m also going to re-master Loveless and Isn’t Anything and all the EPs in analog to make pure analog cuts, which has never happened before. And I hate to say this because we haven’t set it up yet, but we want to do a site where everyone who bought a record would be able to stream various other things we put up, like an old recording of when I first experimented with pitch-bending back in ‘81. People could get a clearer version of how we wound up where we did. It seems more mysterious based on the records that were released because it seems like we went from a Cramps/Birthday Party band, to a noisy Jesus and Mary Chain indie pop band, to what we became in ‘88. But if you hear what we did before that, you can see how we were just playing around. It’s not what it seems.

But the main plan for next year is to make a new record.

Shields also discussed the commercial success of the record, whether he was fearful of tarnishing the band’s reputation by releasing another album, and his unexpected kinship with Daft Punk, among other topics. Read the entire interview here.

Kevin Shields and My Bloody Valentine are currently touring in support of the release. In fact, later this month they’ll finally return to America.