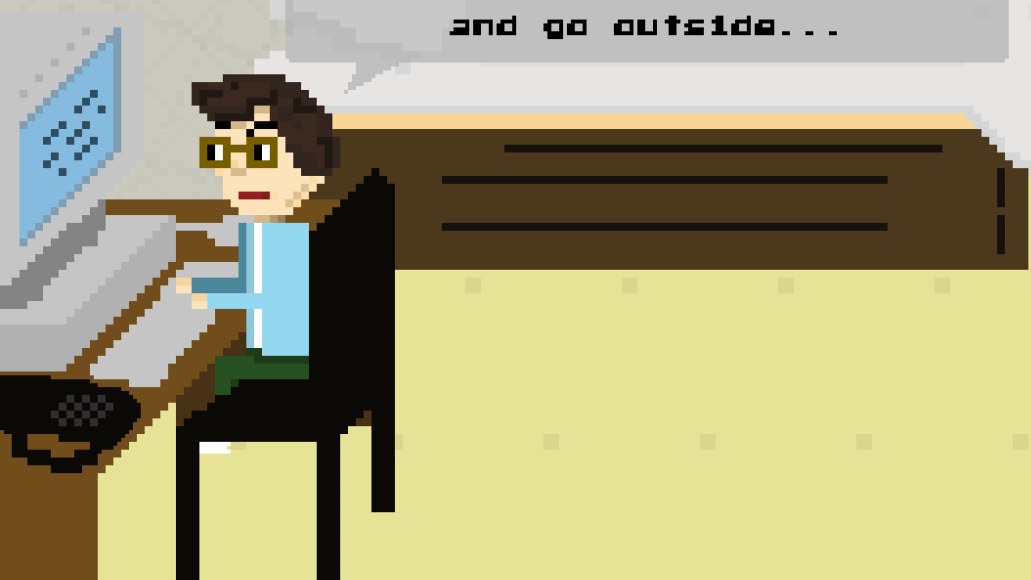 Those who find themselves at the odd intersection of devoted music fan and avid gamer are not without options. There’s rappers to brawl and dystopian cities to save in the Kanye Quest 3030 RPG. You could also deliver dope and meth ala Paperboy in Wavves’ Weed Demon. Or, cut out the simulated violence and drug use and get wrapped up in Vivian Girls create “choose your own adventure” game. But if those weren’t enough to tide you over until Radiohead finally makes their own Final Fantasy, Okkervil River have joined the fray with their own RPG/online adventure game.

Inspired by beloved games like Leisure Suit Larry and King’s Quest, frontman Will Sheff and Eyes And Ears’ Benjamin Miles teamed up to created a game based on Okkervil’s forthcoming album, The Silver Gymnasium. Keeping with the album’s theme, the game is an exploration of Sheff”s life as an “awkward, nearsighted, asthmatic kid growing up the small town of Meriden, New Hampshire.” (So, video games were totes his bread and butter.) Sheff and Miles wrote the in-game text, and Sheff also provided the soundtrack via chiptune versions of album cuts “Down Down the Deep River”, “Lido Pier Suicide Car”, and “It Was My Season”.

Chapter one is available to play now, with subsequent chapters dropping every two weeks. Thus far, the story deals with the wee Sheff tracking down his sister and some mysterious dealings with a spooky graveyard. While game play centers around talking to NPCs and collecting items, the overall emotional tone and effectiveness of both the text and the soundtrack make this more enjoyable than many modern games with oodles more bits.

The Silver Gymnasium the album hits stores on September 3rd via ATO Records. And in the vein of further nostalgia, watch Sheff perform several tracks from his high school’s cafeteria.