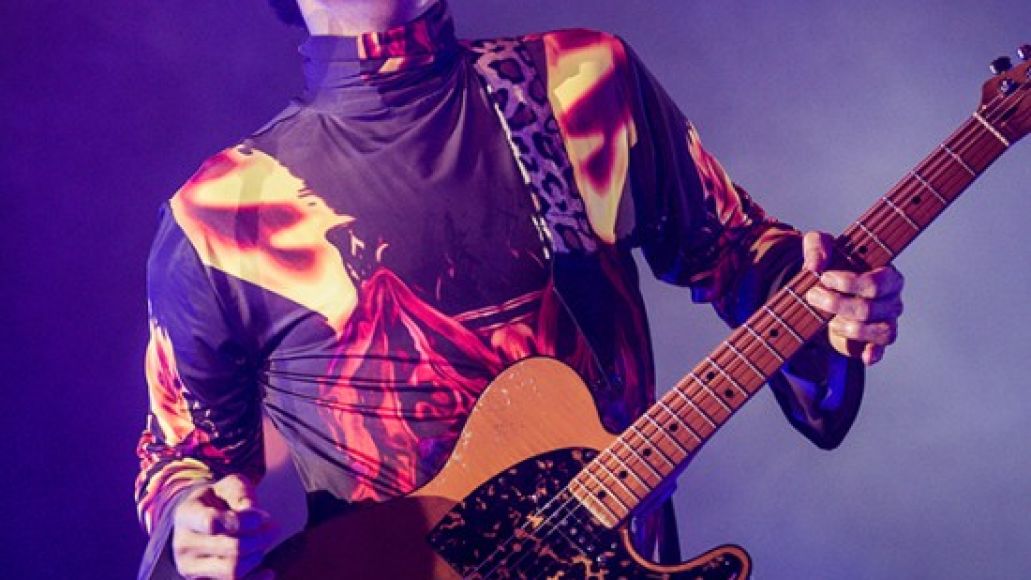 Leave it to Prince to rock New York City long after Miley Cyrus twerked her way to bed. Right around 3:00 AM this morning, the Purple Leprechaun of Rock Music Majesty hit the stage at the 500-capacity City Winery. As BrooklynVegan points out, he proceeded to play a 32-song, two-encore set that didn’t wrap until nearly 6 AM (!)

During Prince’s set, members of New Power Generation, as well as his new band 3rd Eye Girl, and Doug E. Fresh accompanied him on stage. The Vulture has a pretty stellar blow-by-blow review, as does Questlove’s Twitter account. The full setlist is posted below (via Prince.org).

Update: Watch a brief video montage of the performance below.

Setlist:
Strays Of The World
Days Of Wild/ Ain’t Nobody
Big City
1999
All The Critics Love You In NY
Mutiny
Old Friends 4 Sale
People Pleaser
??????
Dark
P FUNK(????)
Something In The Water
Nothing Compares 2 U
Courtin’ Time
Get On The Boat
Act Of God
What Have You Done For Me lately/Northside/Which Way Is Up/Dancing Machine/Partman
Encore 1:
How Come U Don’t Call Me Anymore
Diamonds & Pearls
Strange Relationship
The Ballad Of Dorothy Parker
Do Me Baby
Under The Cherry Moon
The Beautiful Ones
Moonbeam Levels
Sweet Thing
Take Me With U
Raspberry Beret
Encore 2:
Blues Instrumental
Plectrum Electrum

Prince played a surprise show in New York City this morning. It didn't end till 6am.