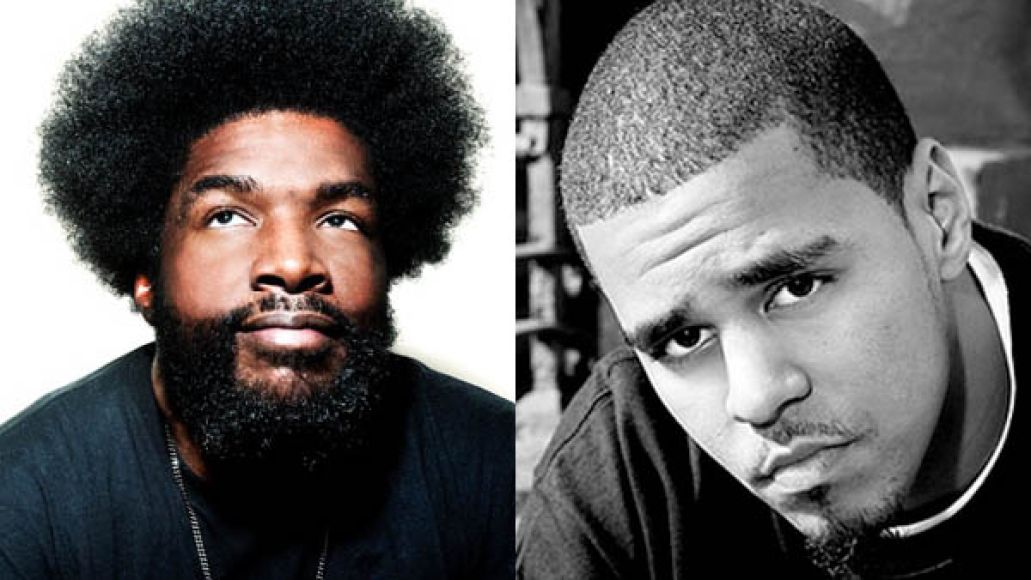 True story: my friend once left his cellphone in a New York City cab late at night. He called the cab company from his girlfriend’s phone, but no one could locate his cell. Around 4:00 AM, his friend got into the same taxi, and discovered the iPhone on the floor. Recognizing the Red Sox case, he was able to return it to my friend, not a scratch on it.

Essentially the same thing just happened to Questlove and J. Cole, but on a way crazy bigger scale. The Roots drummer posted an Instagram picture sometime on Saturday of what appears to be a blurry image of J. Cole holding his own sophomore album, Born Sinner. See:

Quest included the text, “Uh @JcoleNC what are the chances of me finding another celeb’s iphone in the middle of nowhere america on a desolate highway making a routine gas station stop? This is one in a bajillion chances of occurring. DM me so I can ship your phone back bro.”

So it seems somehow, somewhere, somewhen, Questlove stumbled upon Cole’s phone. It also seems either Cole doesn’t like the inconvenience of a four-digit password to lock his phone, or Questlove is an incredible hacker. The assumption is Questlove found this selfie (ew, I hate typing that word) on the phone, snapped a pic with his own device, and went to Instagram to make the connection. Sadly, he used J. Cole’s Twitter handle instead of his Instagram one (@realcoleworld), and J. Cole has yet to respond.

Complex did a series of calculations and social-media stalking to deduce the phone was discovered most likely somewhere in East Hampton, NY. But with Cole apparently in his Fayetteville, NC home over the weekend, and East Hampton not exactly being “middle of nowhere America”, we’re not so sure. Quest was definitely all over New York this weekend, though, so logic does put the magical rest stop somewhere in the Empire State.

Will J. Cole see the message? Will Questlove be able to return the phone? Will this incredible occurrence lead to a collaboration done entirely using iPhone apps? Time will tell.