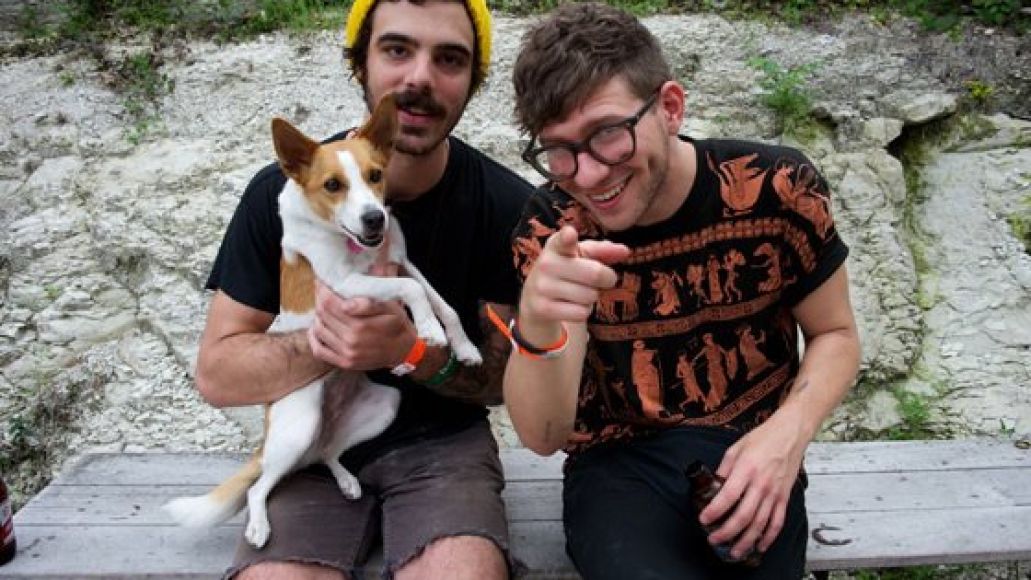 Chicago experimental duo Gauntlet Hair has called it quits, according to their Facebook page. Earlier this afternoon, members Andy Rauworth and Craig Nice wrote, “Gauntlet Hair has reached its end. Thank you all for your support these past 4 years.” The statement has since been confirmed by the band’s representatives (via Pitchfork).

Rauworth and Nice began playing together freshmen year of high school. As Gauntlet Hair, they released two full-length albums, 2011’s self-titled debut and last month’s excellent Stills, along with a couple of EPs. The duo concluded their latest US tour just this past Thursday, and have another outing supporting Surfer Blood scheduled for October/November. Update: Gauntlet Hair will not tour with Surfer Blood.

In a recent interview with Bowlegs Music Review, Rauworth spoke of the importance (or lack thereof) of a sophomore album: “I never really understood the heightened pressure or expectation on a sophomore album. I don’t believe in the lore of it being a make it our break it period of time. We just did what we could and took it as we would anything else.” In the same interview, he made mention of being “pretty out of touch and disenchanted with the whole scene right now. Not listening to much current music to be honest.”

Below, watch the music video for the Stills standout “Human Nature”:

Here’s the band performing the Gauntlet Hair single “Lights Out” during a 2012 session for Into The Woods.