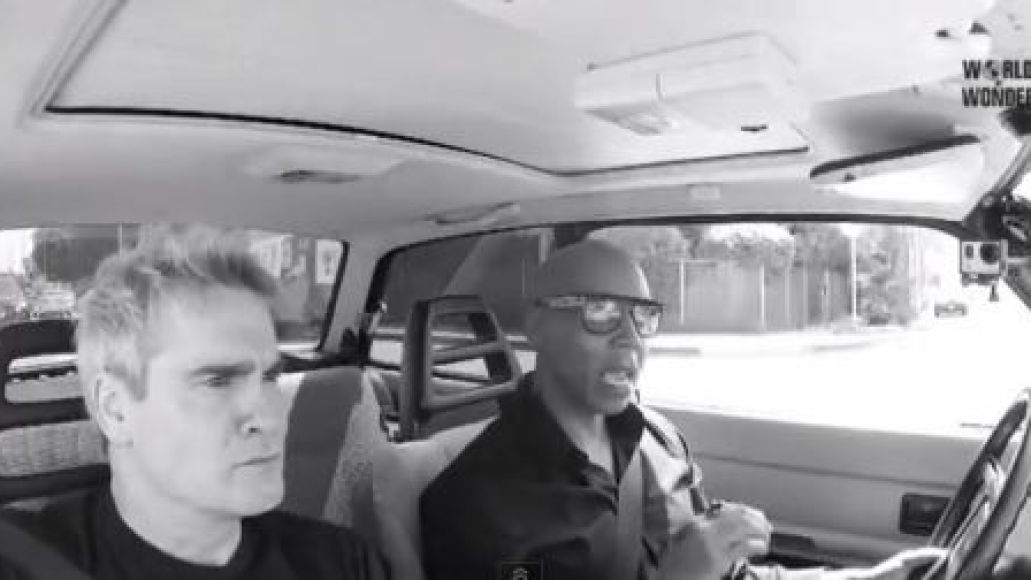 Despite being a massive figurehead in punk-rock history, not to mention having amazing taste in music, Henry Rollins has been unable to find love. Pushing 50, Rollins has admitted that his ceaseless work schedule, which includes writing/recording, his 2.13.61 publishing imprint, and his column for LA Weekly, keeps him too busy to snag his dream gal. But now Rollins’ pursuit for his true punk-rock princess has been aided by his own personal cupid: RuPaul.

Recently, Rollins was a guest on the dynamic drag queen’s Web show RuPaul Drives, in which he offers various celebrity friends rides around greater Los Angeles to run errands and dish a little on life (or as the intro explains, “Everyone in LA needs a lift, both spiritually and physically”). So, as the two drove about the City of Angels to pick up Rollins’ new art pieces, things got real serious real quick about finding soulmates.

With his trademark brevity and honesty, Rollins admitted that he fears having already missed out on his chance for happiness by lacking the “maturity, strength of character, and moral courage” for an adult relationship. In response, RuPaul donned his best sensei wig, doling out surprisingly deep gems like, “Stay vulnerable. Allow people to see those icky bits” and “The universe is calling you out.”

While the situation seemed inherently ripe with comedy (or as some awesome buddy cop movie), their exchange felt genuine and, gasp, kind of inspirational. Here’s to the burgeoning bromance of RuPaullins, and here’s to Rollins’ finally gettin’ lucky in love.

Watch the replay below (via Bust.com).