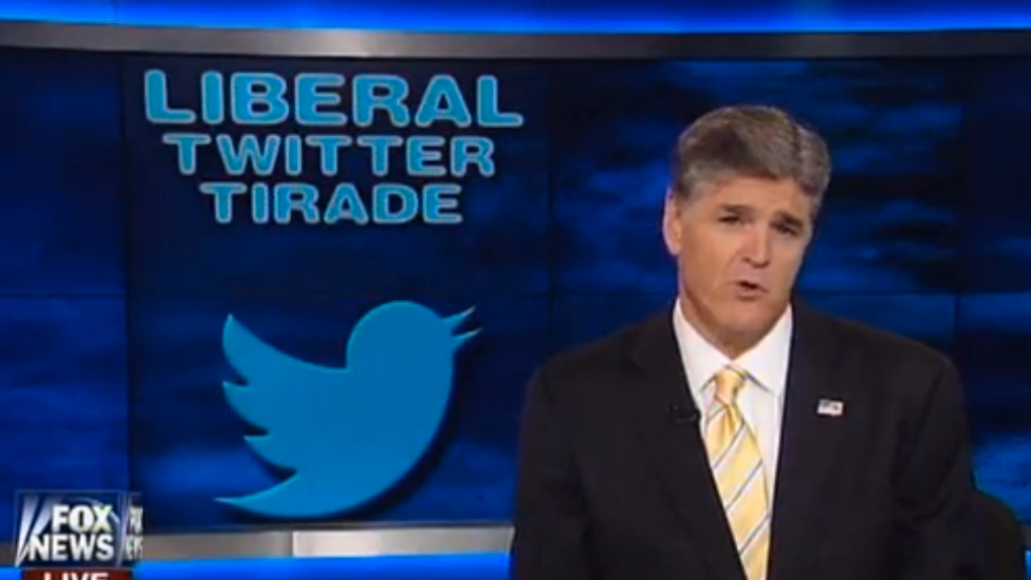 It all started when Adams tweeted, “.@SeanHannity Your entire soul is controlled by fear and by hate. Evolve little chicken man. See reality.” Upon seeing it, Hannity invited Adams on his show, to which Adams replied, “Thanks @seanhannity for inviting me on your show. If I wanted to be yelled at I would go see a Youth of Today reunion show. :  )”

Hannity responded: “Confident on Twitter, but too scared to come on and explain yourself?”Adams then replied, “I don’t negotiate with terrorists”, causing Hannity to go full Hannity on him: “Who is the little chicken man now? A terrorist? Typical liberal, zero substance all name calling. Say it to my face u coward.”

Hannity was still peeved when it came time to tape his show. Here’s a transcript of his full rant:

“He is the latest liberal entertainer to launch an outrageous Twitter tirade against yourstruly. Singer-songwriter — by the way, you probably don’t know him, he’s not that popular — Ryan Adams… We reached out to Mr. Adams, we invited him on the show for a comment. His little agent replied, because he was too chicken, in an email, ‘Ryan’s statement is is tweet and vice versa’… Why don’t you have the courage to come on the show and defend yourself? He called me a ‘terrorist’… If we wanted to torture terrorists, we can play his music, which isn’t that popular anyway… Come on the program, stop being a wimp, he’s hiding behind his rock star makeup like the gutless little coward that he is.”

Hannity then opened up the topic to a roundtable discussion, which included Miss Oklahoma Anna-Marie Costello.

“He’s nearly a 40 year old man, 40 is the new 15… The problem with having a Twitter is you can say whatever you want without having any kind of accountability,” Costello said, adding, “He has no sense of integrity.”

Replay the full segment below (via Mediate).