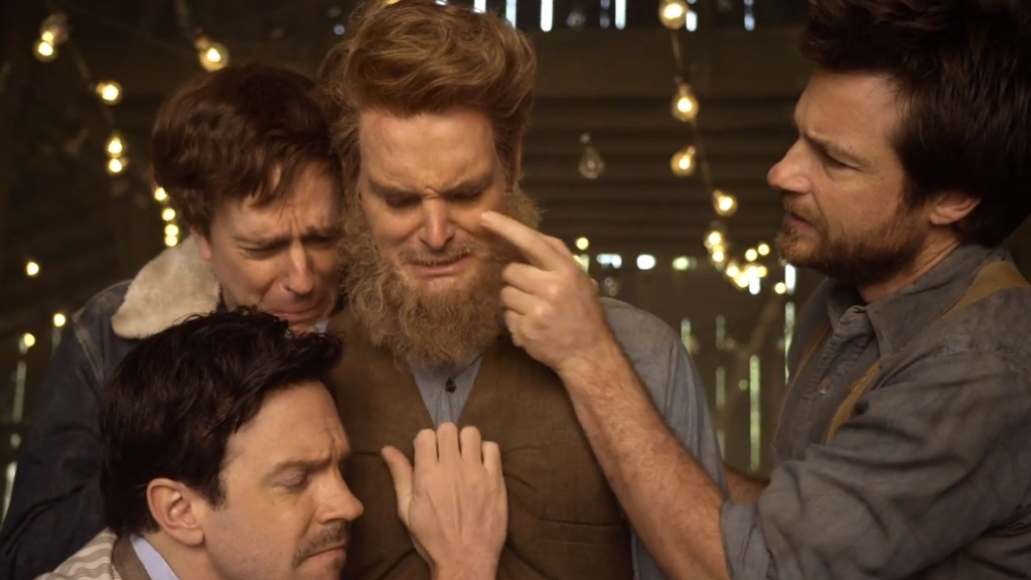 If you’re watching Mumford and Sons’ video for the Babel cut “Hopeless Wanderer” and don’t recognize the band, you’re not suffering from a post-Lollalpalooza heat stroke. Rather, the English folk-rockers have been re-cast as actor/comedians Jason Sudeikis (Marcus Mumford), Will Forte (Ted Dwane), Jason Bateman (Winston Marshall), and Ed Helms (Ben Lovett). Aside from fleeting similarities and Forte’s stellar beard, the outfit give themselves away quickly with performances bordering on Naked Gun-levels of satire (the four-way cry, Bateman’s smokin’ banjo solo, etc.) On the plus side, this may only be the beginning of future music/comedy crossovers. Anyone else amped for Stella as Muse?