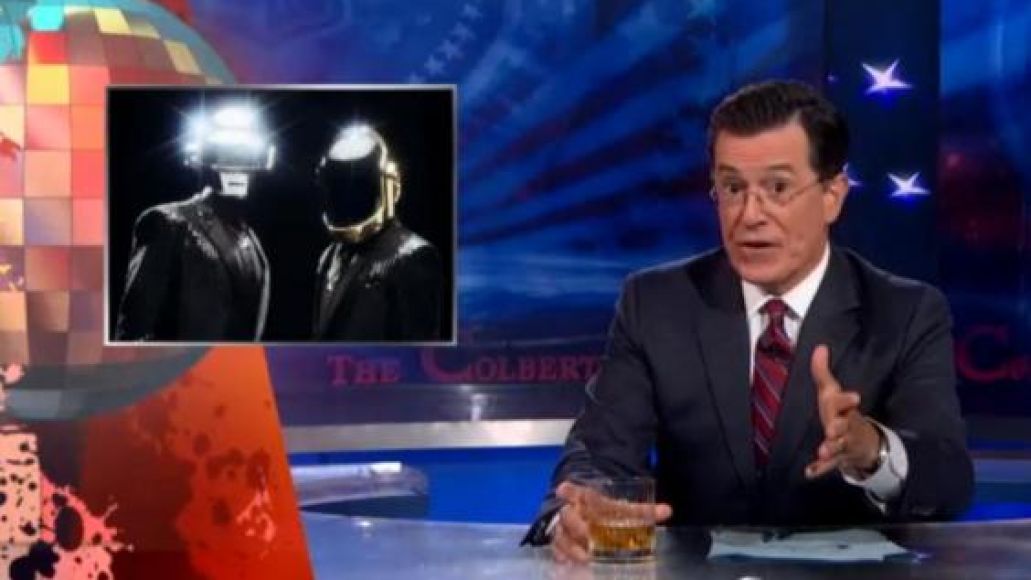 Stephen Colbert has spoken extensively about the recent hoopla involving Daft Punk’s appearance (or lack thereof) on The Colbert Report. Appearing on Paul Mercurio’s podcast this week, Colbert explained that while the French electro duo was never going to perform or be interviewed on the August 6th episode, their cancellation was not a stunt.

Rather, Colbert said Daft Punk “were to make an appearance and have some fun” on the show, according to Pitchfork. MTV did, in fact, prevent the appearance at the last minute, much to the surprise of Colbert. However, MTV did not prevent Robin Thicke, who is also performing at the VMAs, from appearing on The Colbert Report. Go figure.

Also of note: Colbert’s ferocious attack against MTV and its President Van Toffler was scripted and approved ahead of time by Comedy Central. Kind of takes away the awesomeness of the whole thing, doesn’t it?

Listen to the full entire podcast below. Colbert also discusses his start on The Daily Show and the evolution of The Colbert Report.

Stephen Colbert addresses Daft Punk controversy, confirms it was not a stunt