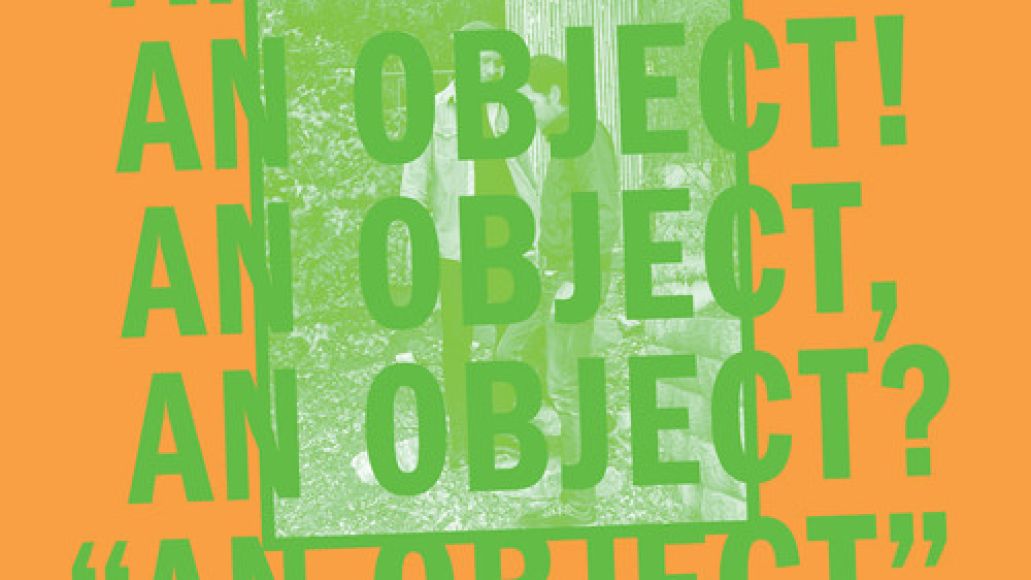 Los Angeles noise rock duo No Age are streaming their fourth studio album, An Object, in full one week ahead of its release date (August 20th via Sub Pop). Take a listen now at NPR.org.

The follow-up to 2011’s excellent Everything In Between was recorded at Gaucho’s Electronics in Los Angeles alongside frequent collaborator Facundo Bermudez. According to press from the label, the resulting 11-track album thematically emphasizes “fracturing ideological forms and complacency, creating a striking new perspective that reveals preoccupations with structural ruptures and temporal limits.”

The album includes artwork created by the band and designer Brian Roettinger. As the press release explains: “The band has performed, recorded, produced, and prepared and assembled the entirety of the physical packaging of An Object, including jackets, inserts, and labels, taking on the roll of manufacturer, artist, and musician until the roles trip on themselves and individual parts lose their distinct meanings, demanding to be considered as a whole.”

Pre-orders for the album are ongoing. Below, watch the duo perform album tracks “I Won’t Be Your Generator” and “No Ground” from this year’s Best Kept Secret Festival in The Netherlands.