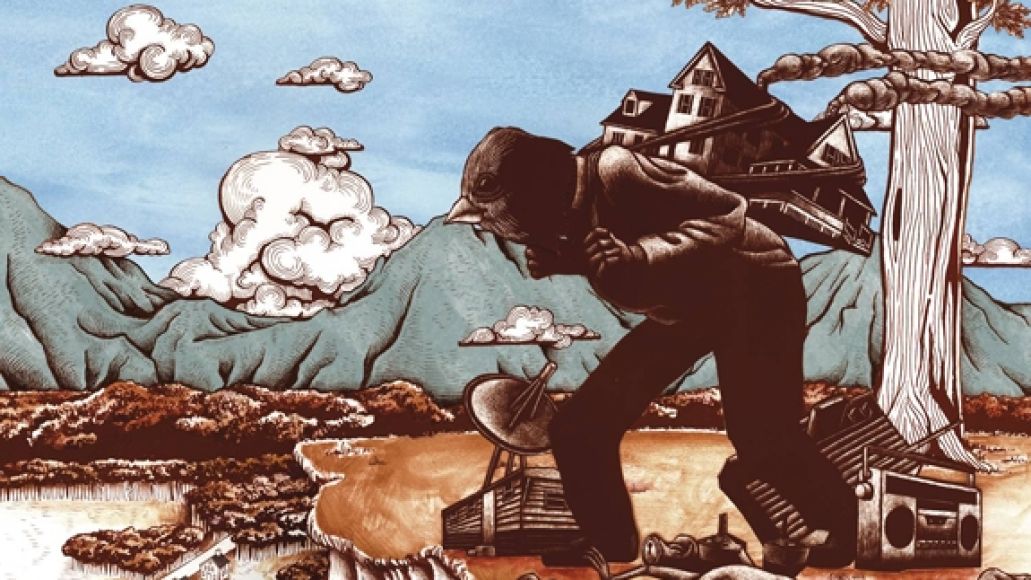 Austin, TX’s Okkervil River are streaming their seventh and latest album, The Silver Gymnasium, one week ahead of it’s September 3rd release from ATO Records. Take a listen over at NPR.

The follow-up to 2011’s I Am Very Far, The Silver Gymnasium is set in lead singer/songwriter Will Sheff’s home town of Meriden, NH around 1986, the year Sheff was 10. The record is steeped in Sheff’s own autobiographical childhood, and that theme has spread to much of the promotional material for the album. There’s the lyric video featuring a historic theater set in Plainfield, NH; the interactive map of the Meriden of ’86; and the RPG video game featuring chiptune versions of The Silver Gymnasium tracks.

The era has seeped into Okkervil River’s sound as well. Synthesizers are more prevalent than ever, and there are nods to 80’s Bruce Springsteen. Even the lyrics are loaded with nostalgic references, from Atari to the not-so-simple facts of growing up in New England. Produced by John Agnello (Kurt Vile’s Wakin on a Pretty Daze), the recollections of Sheff’s past serve only to drive forward his band in an endeavor that’s as vital as any album in Okkervil River’s catalog.

Pre-orders of the album are now on-going. Find the lyric video for “It Was My Season” and Okkervil River’s upcoming tour dates below.