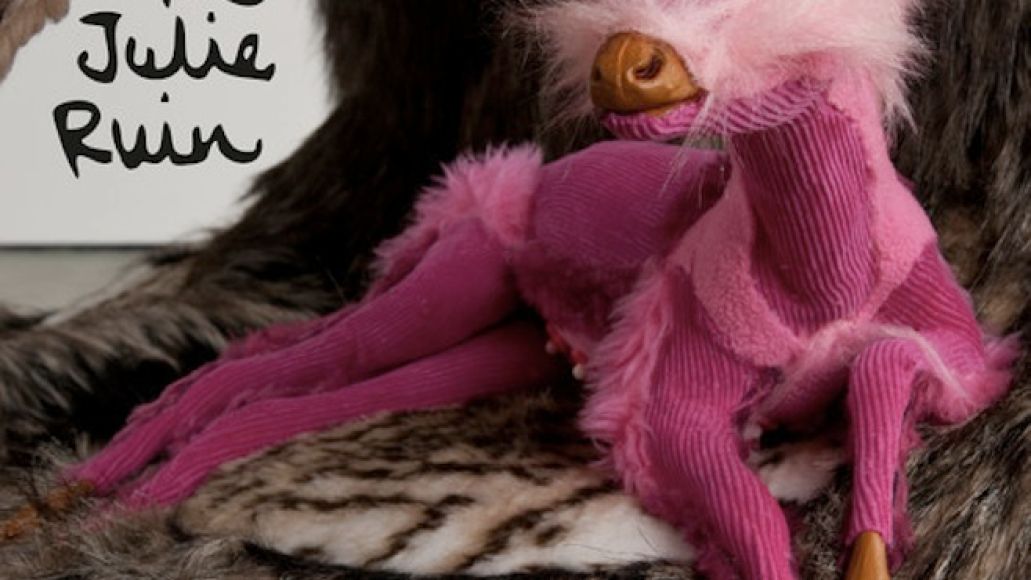 The Julie Ruin, the new project from Riot grrrl maven Kathleen Hanna, is streaming their new album, Run Fast, in full one week ahead of its release date (September 3rd via TJR Records). Take a listen now at NPR.

Recorded at Oscilloscope Studios (formerly owned by the late, great Adam “MCA” Yauch, the bandmate of Hanna’s husband Adam “Adrock” Horovitz), the 13-track album ranges from “sing-along anthems about being part of the underground in the modern economy (‘Kids in NY’) to punk stompers (‘Oh Come On’) and danceable takedowns (‘Ha Ha Ha’)”, according to the label. While the band self-produced and recorded much of the album, James Murphy helmed the soulful “Just My Kind”.

Pre-orders for the album are ongoing. Below, watch the video for “Oh Come On”.