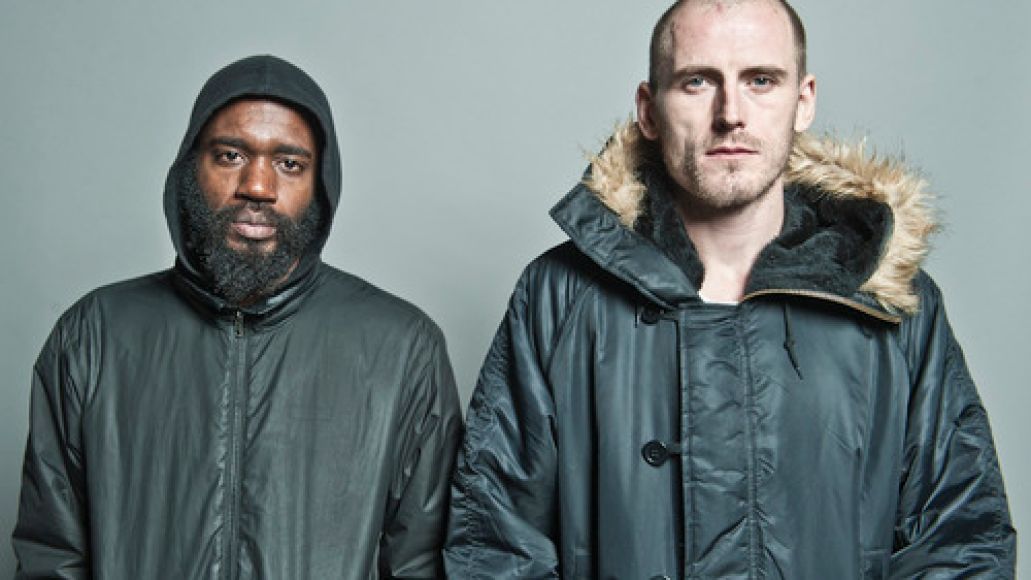 Last week, Death Grips were a no-show for their official Lollapalooza aftershow at Chicago’s Bottom Lounge and subsequently canceled performances at Lollapalooza and Osheaga, as well as headlining dates scheduled in Boston and New York City.

So, what happened? Promoters for Lollapalooza said the band “chose not to arrive in Chicago.” Though, as we’re beginning to learn, it seems the band’s decision had nothing to do with a missed flight or band member illness.

At Chicago’s Bottom Lounge, where the band was scheduled to perform Friday night, the sold-out crowd was treated to a looped recording of Death Grips music, and the stage backdrop was of a suicide note allegedly written to Death Grips.

In an interview with DNA Info, Bottom Lounge Marketing Director Erin O’Neal said Death Grips’ management told venue employees “that the stage set up and the Death Grips album being played ‘was the show.” In fact, as O’Neal noted, the drum set destroyed by fans upon the show’s cancellation wasn’t even owned by drummer Zach Hill, but was rather a child’s learning drum kit.

“It appears to us that despite having a signed contract, they never intended on performing last night and instead wanted to leave a room of disappointed fans,” O’Neal said.

A promoter for the band’s scheduled show at the Royale in Boston told a similar story to Vanyaland.

After Pictureplane’s scheduled opening performance, fans of the band would be treated to a giant suicide note displayed on stage, a single drum set up, and one of the band’s handlers backstage pressing “play” on pre-recorded music. No word on whether it would have been an actual compact disc or an iPhone.

Neither Stefan “MC Ride” Burnett or Zach Hill would appear on stage or play or sing or jump around or anything. So not only would Death Grips not be performing, but they wouldn’t even be at the venue. Or in the city.

Bowery pulled the plug on the show over the weekend when they learned of the set-up, and apparently Death Grips’ booking agents and managers had no idea this was what the band passed off as a live performance until the shit hit the fan at Lollapalooza, where fans destroyed the band’s equipment and got really agitated at the perceived “no show.”

Representatives for the band, including their booking agent, did not respond to our request for comment.

Organizers for the Osheaga Festival, where the band was due to play Sunday night, told us the band themselves canceled their performance, but declined to share more specifics. Promoters attached to other affected shows declined to comment.

For their part, the band has kept mum on their Facebook page despite an onslaught of negative comments from scorned fans. Since the cancellations, they’ve posted just once (ironically to advertise a scheduled performance at Los Angeles’ FYF Fest on August 25th). 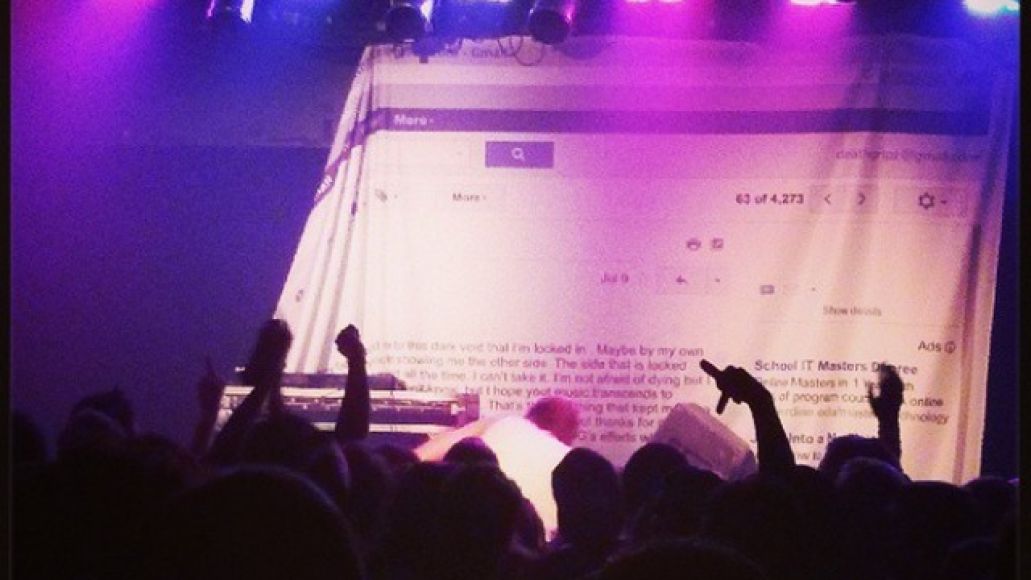