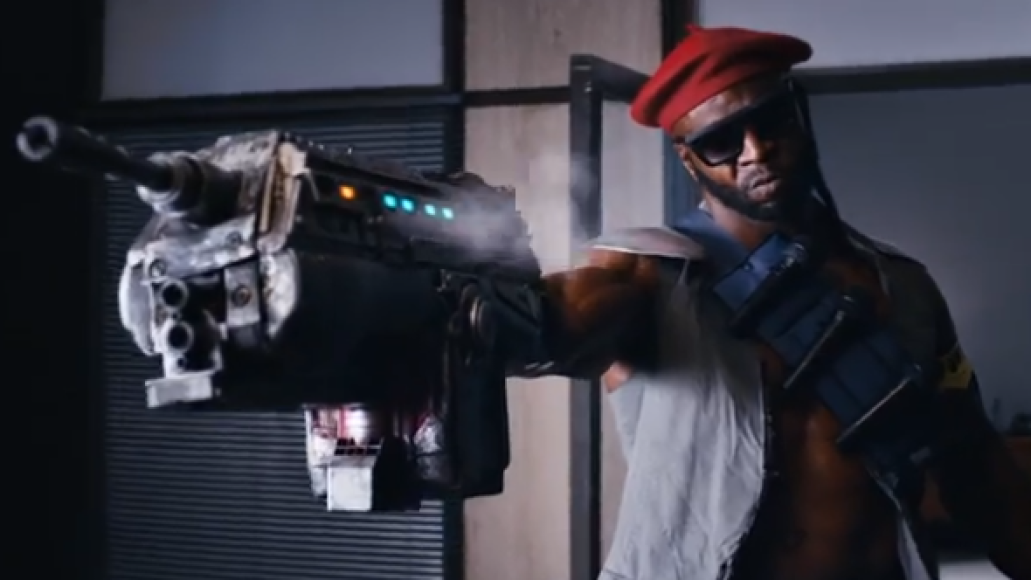 From time to time, when a fictional character makes the transition from comics, video games, etc. to the big screen, there’s an actor so perfect it’s like they were born to play the role. It happened with Lou Ferrigno as The Hulk, Robert Downey, Jr. as Tony Stark/Iron Man, and now the world has found its real life Major Lazer in none other than Terry Crews (The Expendables, those Old Spice commercials).

While he’s not contractually obligated to play the zombie-killing commando permanently (not yet, at least…), Crews dons the dreads and gun-arm in the Brandon Dermer-directed clip for Free the Universe’s ”Scare Me”. The mini-movie, also starring Nick Kroll as Lazer’s surly boss and Workaholics’ Blake Anderson as a biker, is an action movie buff’s wet dream: there’s zombie decapitations, vampires, assassin cheerleaders, a character named Knife Fight, and laser cannons, all leading up to one epic boss fight with General Rubbish. Now, all they need is $100 million, a few robot strippers, and some pterodactyl battles and we’ll have the summer blockbuster of 2015. Watch it below.