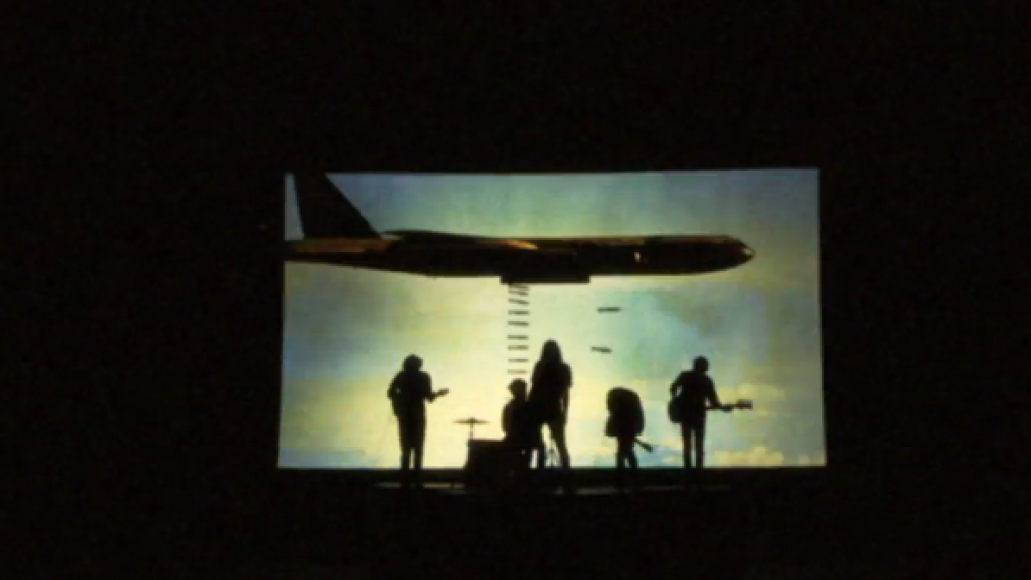 Chicago’s most youthful garage rock ensemble, The Orwells, has unveiled the music video for their Dave Sitek-produced single “Who Needs You”. In the Eddie O’Keefe-directed clip, the band performs in front of a slideshow of American images, from portraits of Elvis Presley and Abraham Lincoln to fighter planes on bombing runs and nuclear explosions.

“They look like the kids from Stand By Me or an old Norman Rockwell painting canted a few degrees,” O’Keefe stold NPR. “I wanted to capture that aspect of the band in a video.”

Guitarist Matt O’Keefe said the clip’s examination of America’s sometimes noble, sometimes unsavory history perfectly encapsulates the song’s theme. “(It’s about) the millions of people who had their history written for them, and how they felt they couldn’t escape it. It’s about being told what to do, about being told what to believe in — which is, in a nutshell, the story of America’s youth.”

And with each member hovering around 18, no one knows that better than The Orwells. Watch it below.

The Who Needs You EP is September 10th via East End/Canvasback.