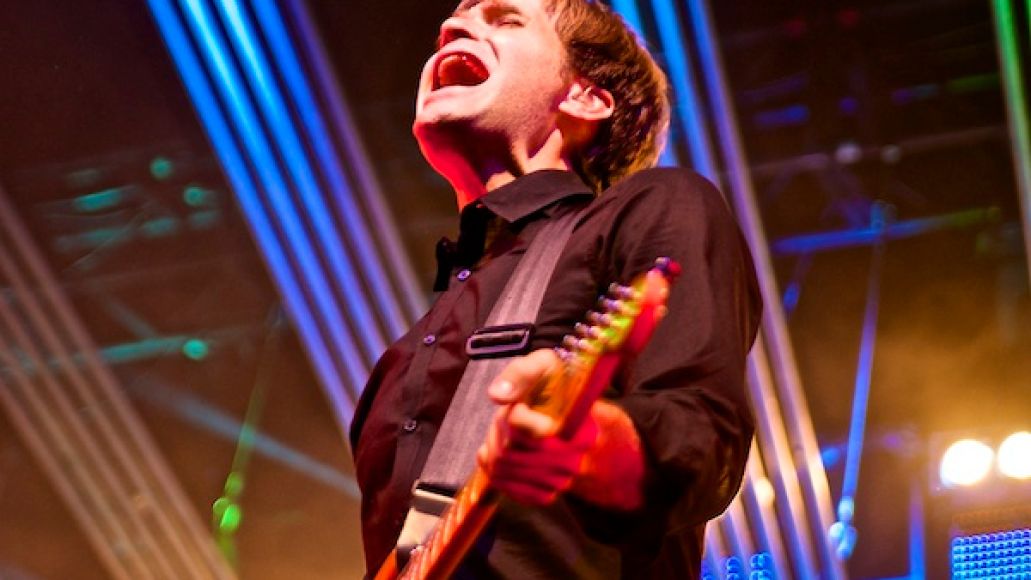 Just in case you were wondering, tonight’s set at Lollapalooza and tomorrow night’s aftershow at the Metro will mark the final two performances of The Postal Service’s reunion tour, frontman Ben Gibbard confirmed on Twitter.

Since reuniting earlier this year for Coachella, Gibbard and Jimmy Tamborello, along with Jenny Lewis and Laura Burhenn, have toured the country extensively, including slots at Sasquatch! Festival, Brooklyn’s Barclays Center, and even The Colbert Report. They also released a deluxe reissue of their seminal debut, Give Up.

You’ll be able to stream The Postal Service’s performance from Lollapalooza via YouTube beginning at 8:30pm CT. Tune in below.