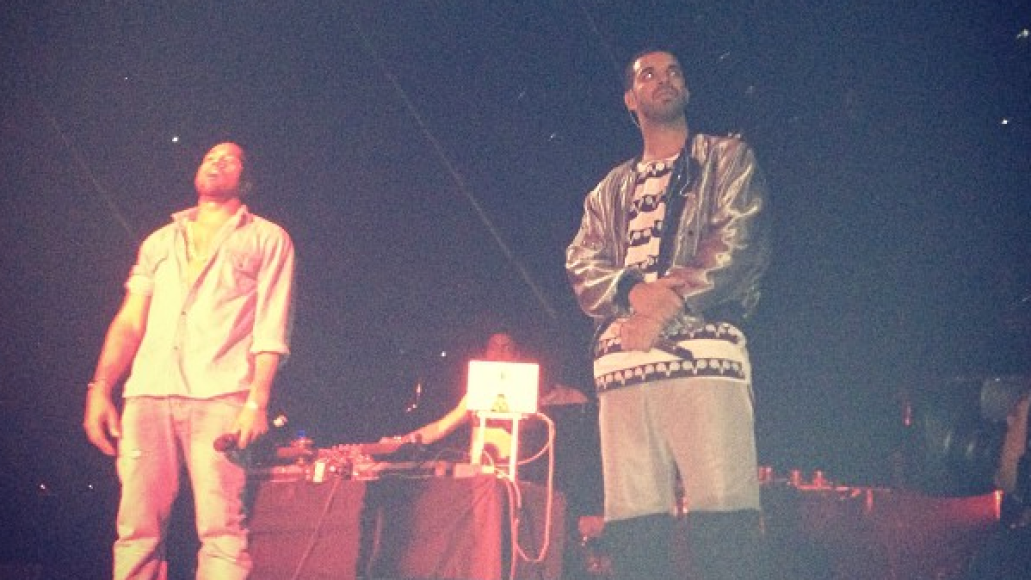 Drake hosted his annual OVO Fest at Toronto’s Molson Ampitheatre this evening. He was joined by a number of special guests, including Kanye West, ASAP Rocky, Miguel, The Weeknd, Lil Wayne, TLC, Diddy, and J Cole, among others, leading to one especially mind-blowing setlist.

Kanye performed a trio of cuts, specifically “New Slaves”, “All of the Lights”, and “Can’t Tell Me Nothing”. According to a report on Twitter, he also told the crowd that Drake inspired him and Jay Z to record Watch the Throne. In turn, Drake said Kanye is the reason he’s rapping today.

Check out a partial setlist below.

The setlist for Drake's OVO Fest was beyond ridiculous: Kanye, ASAP Rocky, and more!