Discovery and rediscovery coat this week’s MP3 countdown with some new, shiny gloss. Whether it’s the vocal glam of Mac DeMarco, aggressive rock drive of TV on the Radio, or impressive debuts from Nathan Salsburg and Die Mason Die, it’s easy to walk away with some new favorites. Kick back with your morning/afternoon joe and open your ears to some new sounds.

Braids’ most recent unveiling is a short-and-sweet mystery that bewilders your sense of comfort. Raphaelle Standelle-Preston’s airy vocals draw a simple child’s tale, serving as an interesting contradiction against the nightmare manifesting in the background. The outfit exhibit flourishing percussion loops and vocal manipulation that wind the track’s foundation far enough for it to spin into space, exactly where it belongs. Braids’ sophomore effort, Flourish//Perish, will cloud earbuds everywhere on August 20th.–Sam Willett

2 Chainz has been on this countdown a lot, but not because he’s done anything to deserve it. He’s almost comically bad — which is exactly what he’s going for — and happens to guest appear on tons of quality songs, such as R. Kelly‘s latest single, “My Story”. Chainz’ verse here is surprisingly passable until the line, “Drop her ass in the chocolate factory.” Um, a subtle reference to R. Kelly’s fifth album? The R. Kelly parts of the song evolve from the kind of sing-talk narrative of the Closet series into a danceable braggadocio. He flaunts his bank account (“Eight digits“) and tells you how he earned it, describing an ascent to fame that’s heavy on the narcissism swag. This one will undoubtedly find its way to nightclub dance floors.–Jon Hadusek

While Olga Bell’s vocals mix into perfectly obscure harmonies with Dirty Projectors, she confidently takes the mic with her newest side project, Nothankyou, evoking smooth tones similar to the likes of St. Vincent. “Oyster” travels along bumping electronic beats, an array of percussion that rings like pots and pans, and synthesized guitar lines to energize the track’s chorus. The duo’s second single demonstrates their ambition to experiment with the indie pop genre and succeeds in catching ears left and right. —Sam Willett 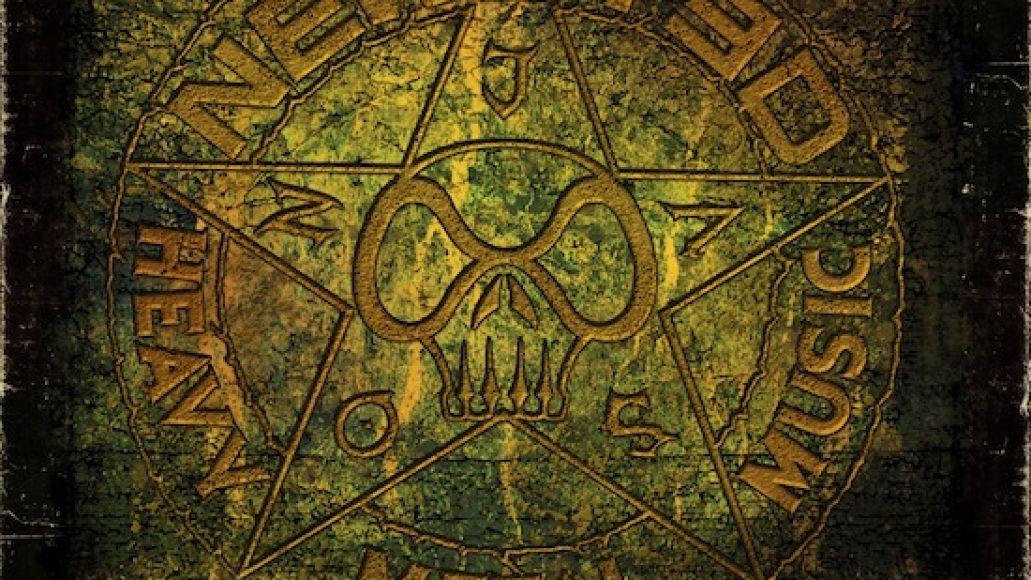 The new side project of former Metallica bassist Jason Newsted has been one of the most underrated metal acts of 2013. Aptly called Newsted, the band released a solid teaser EP earlier this year and will drop its debut full-length, Heavy Metal Music, on Tuesday. Latest cut “Above All” is a concise depiction of what you’ll hear on the record: loud arena guitars, a dense bottom-end, and the better-than-average vocals of Newsted himself. Although never more than a bassist and occasional backup vocalist in his old bands, he holds his own on the mic, commanding a tight grown without losing the melody.–Jon Hadusek

“First Field Path” is a guided adventure through sparkling landscapes and bounds of natural beauty inside and out. Nathan Salsburg plucks a stunning journey along his guitar’s fretboard, cuing where listeners should place their feet and take their first steps. His movements travel in swift winds while his silences serve as the song’s most breathtaking moments, where Salsburg inspires to stop and absorb the intimacy. The recording of the track makes this suspense 10 times more vivid, capturing his oily fingers sliding along his bronze guitar strings and airiness behind each breath. Salsburg will capture more adventurous experiences on his upcoming sophomore album, Hard for You To Win and Can’t Be Won, due September 12th. –Sam Willett 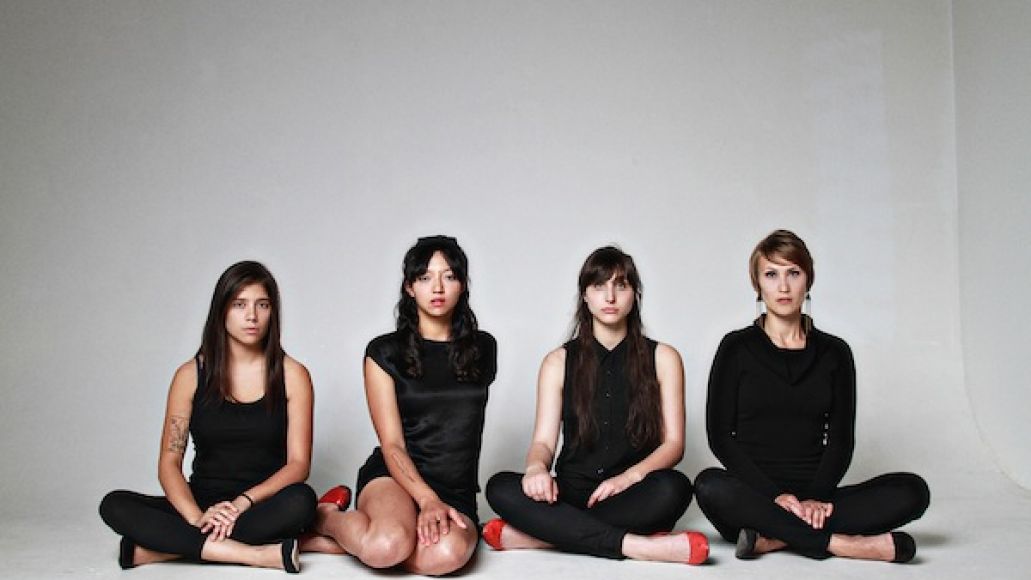 Haunting harmonies drift lazily behind plodding jangles on La Luz‘s “Big Big Blood”, the lead single from their forthcoming LP, It’s Alive (out October 15th via Hardly Art). Although the quartet have been together for only a year, they sound practiced with one another; the aforementioned harmonies are tight, as is the musicianship. Their brand of surf rock is comparable to that of fellow West Coast band Bleached.–Jon Hadusek

“Making ghost-like noises with bearded grins” is what Die Mason Die believe their music attempts to do, but “You’re Lonely” joyfully passes this grin onto their listeners, bearded or cleanly shaved. The band’s newest single travels in a variety of different directions thanks to their diverse musicality. Die Mason Die manifests peace with ghosts in the air to haunt your ear buds and, without any indication, completely drops the act with bright acoustic finger-picking to the cut the suspense. The vocalist’s horse tenor revels in the same mystery that molds his defiant chants into smooth croons that challenge his falsetto. “You’re Lonely” challenges one’s understanding of love and escaping loneliness. —Sam Willett

Mac DeMarco straps his glam boots and musters up his most sexual vocal personality for his contribution to Adult Swim’s Singles project, “Young Blood”. Being inspired by a summer night of bonding over a case of beer and Youngblood featuring Patrick Swayze and Rob Lowe, DeMarco and his band of rascals skate along palm-muted guitar rhythms and tangy guitar licks that drive the puck into a heated hockey match. Broken teeth and black eyes aside, DeMarco has whipped up a kick-ass rock n’ roll song that successfully revives his Rock N’ Roll Nightclub sensuality while still incorporating his fashionable humor and slacker tones. —Sam Willett 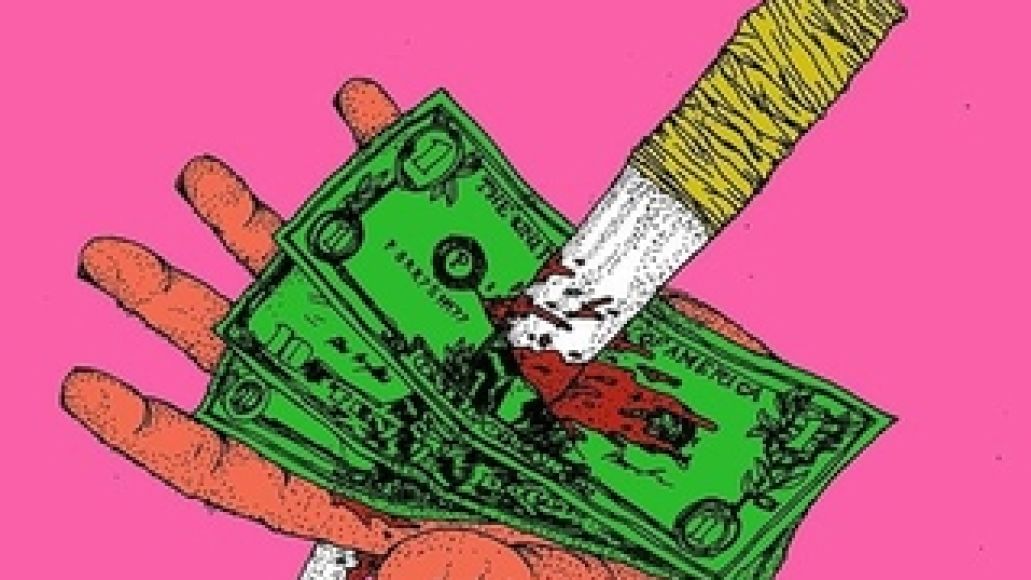 Just when we needed a good old-fashioned rock ‘n roll band, Nashville’s Diarrhea Planet showed up with two rollicking singles — “Seperations” and “Kids” — in support of debut album I’m Rich Beyond Your Wildest Dreams (out August 20th via Infinity Cat). The third single, “Babyhead”, follows suit, falling somewhere between sloppy bar-band punk and a J Mascis guitar solo. The vocals are shouted through the grimy feedback, but the melody still peaks through — and it’s a satisfying one.–Jon Hadusek

Now that TV on the Radio is out of its restrictive major label contract with Interscope, the band is free to release music at will, and it’s doing exactly that. Through member David Sitek’s Federal Prism label, the Brooklyn art rockers dropped “Mercy”, the first in a planned series of SoundCloud singles. Compared to the tempered tones of 2011’s Nine Types of Light, this track is raucous and upbeat, exploding into full-blown synthpop during the chorus. “It’s got to go/ Through my soul,” wails frontman Tunde Adebimpe as he reaches for his highest register. It’s been years since the band has sounded this urgent and energetic. Good riddance, Interscope. –Jon Hadusek