The final day, the home stretch. As with most festivals, Outside Lands isn’t for the weary, but then again, neither is a city like San Francisco. The rolling hills, the near-90 degree vertical inclines, and the way either facet makes a short walk feel like a trip through Yosemite — it’s a tough trip.

As a result, the last day saw many tuckered out festivalgoers. But with a main stage full of nostalgic performers (Fishbone, Hall & Oates), the inclusion of hip young-ins (Kaskade, Matt and Kim), and a medley of both (Willie Nelson, Kurt Vile), everyone chugged around the bend to make it to the finish line, smiles galore.

As I write all this now, I sit in my San Francisco apartment sipping on a cup of hot coffee at 11 p.m. on a Sunday, merely blocks away from ground zero. The Richmond District remains alive and well with festivalgoers, some local and trying to find food, others lost in the midst of their travels.

It sounds like a vivid party outside, which leads me to believe that, regardless of one’s endurance or where anyone calls home, Outside Lands makes for a rugged yet worthy journey of fantastic music and delicious local eats. Sore limbs not withstanding, it’s a cleansing for the human spirit.

Read our coverage for Day One and Day Two. 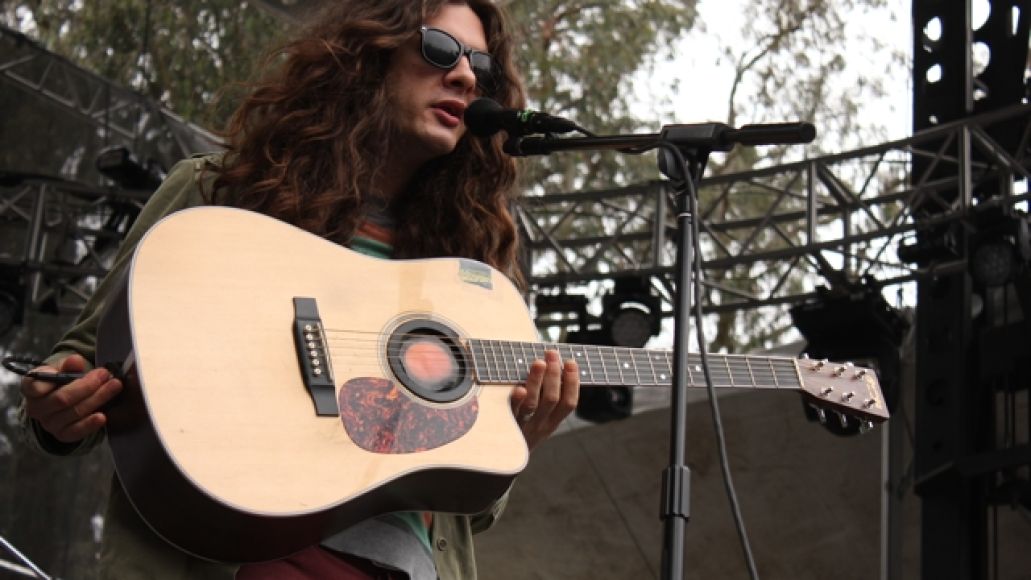 With a too-early-on-Sunday timeslot on a minor stage, Kurt Vile and the Violators performed to far fewer people than they’ve become accustomed to on their tour. That’s a shame, but then again, there’s no better way to hear the Violators wail through “Ghost Town” in front of an actual – well, you get it. It was a true-to-form set for which pretty much everyone had a great view, but it also felt like a closing argument from one of 2013’s big names.

Vile was among a surprisingly large field of artists who came to Outside Lands to make their case for Best Album of 2013 – and for those who showed up, his was one of the most convincing of the weekend. Vile’s Wakin on a Pretty Daze is one of four albums showcased at Outside Lands that CoS has given a Top-Star review to this year, along with The National’s Trouble Will Find Me, The Men’s New Moon, and Vampire Weekend’s Modern Vampires of the City. But that fails to mention a heap of other contenders, such as Youth Lagoon’s Wondrous Bughouse, Foals’ Holy Fire, and likely Nine Inch Nails’ upcoming Hesitation Marks. As this year’s festival season wraps up, so does this annual battle we love to witness and overanalyze year in and year out. –Steven Arroyo


Foals can build it up (and then break it down) 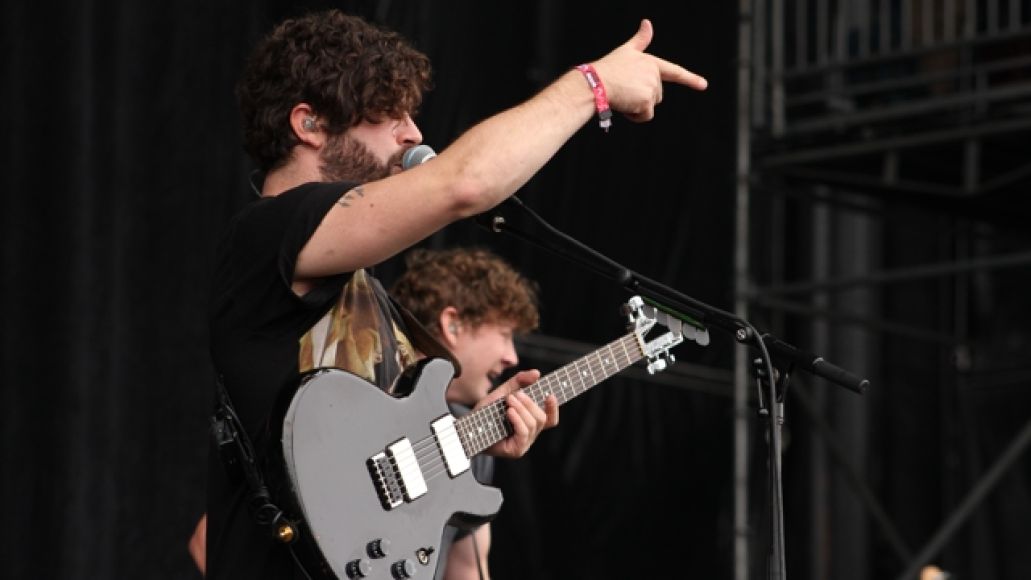 While their roots dwell in dance punk, Foals gravitate towards arena-rock shenanigans and looping riffs in a way that makes you feel like you’re on an elevator. This is why they were a perfect Sunday afternoon show at Outside Lands; not too intense, but enough to keep the people on their feet. During performances of “Miami”, “My Number”, “Inhaler”, and “Spanish Sahara”, the English rockers took a simple riff, built it up like a skyscraper, only to pummel it down with drums. Other material off Holy Fire, Total Life Forever, and Antidotes worked the seams in between to similar candor. It was wonderful to watch. –Ted Maider


Does Fishbone still know how to party, or what? 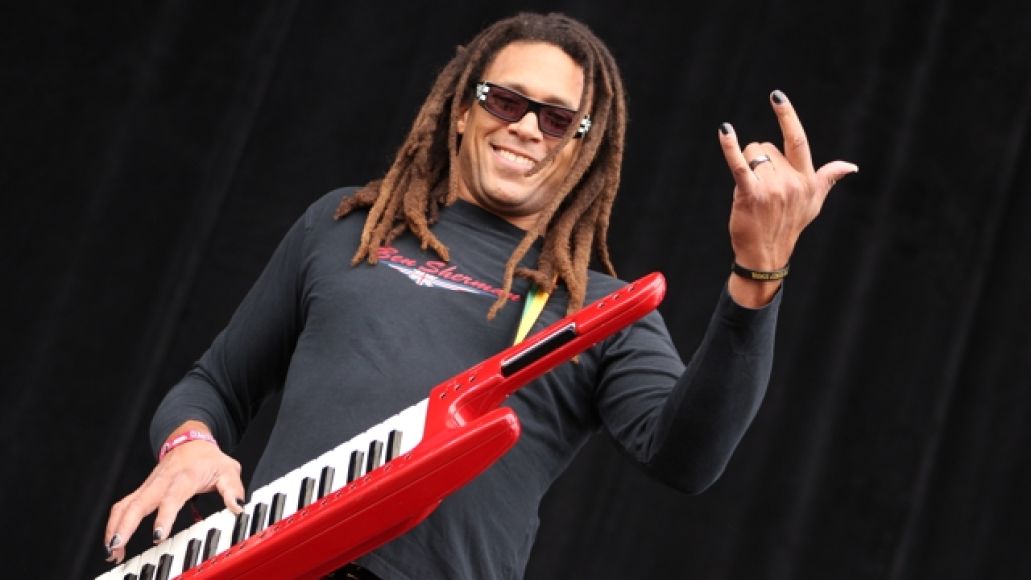 A groggy, hung-over crowd congregated for Fishbone’s mid-day set, and frontman Angelo Moore was having none of it. “All you punk-ass motherfuckers sitting down: Get your ass up!” he yelled. “We’re Fishbone, and you dance at a Fishbone concert.” The band’s flurry of ska-punk horns and orneriness immediately sent a jolt through the early birds in attendance — and resident stage-diver Flying J made sure everybody was on their toes. The L.A. ensemble have been putting on these wild shows since the ‘80s, when they’d share bills with a snotty young funk band called the Red Hot Chili Peppers. Ironic how roles have reversed, with Fishbone essentially opening for the Chili Peppers last night. A grateful Flea would acknowledge this later on: “We’re honored to be sharing the stage with our brothers, Fishbone.” –Jon Hadusek 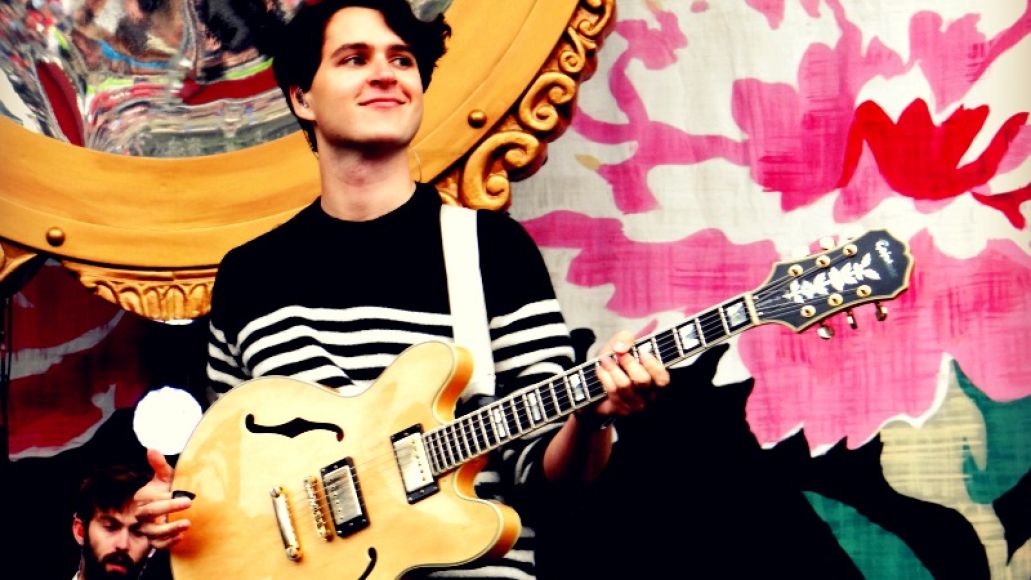 Vampire Weekend’s Ezra Koenig gave his audience his best “this is for you” raised eyebrow when their city’s name arose during Modern Vampires of the City‘s “Step” (he also gave Souls of Mischief their fair credit where credit is due for where the song drew heavy inspiration). The band, who – as we all know – often sings of Cape Cod, performed a love letter to the West Coast as the sweater-clad frontman admitted many of the New York-based group’s songs were written for people in the Bay Area. The beautiful “Hannah Hunt” fell into this category as the quartet unveiled the enchanting uphill build of a tune for the first time in San Francisco this Sunday. The first few rows of the crowd attested to VW’s mini, modern-day version of Beatlemania (signs included dreams of setlists, selfies, and dances with Ezra), and swells of new believers came forth post-show, as a myriad of “You know, I actually like Vampire Weekend”‘s were heard during the exodus from the large Lands End stage. –Amanda Koellner


Getting down to “You Make My Dreams” 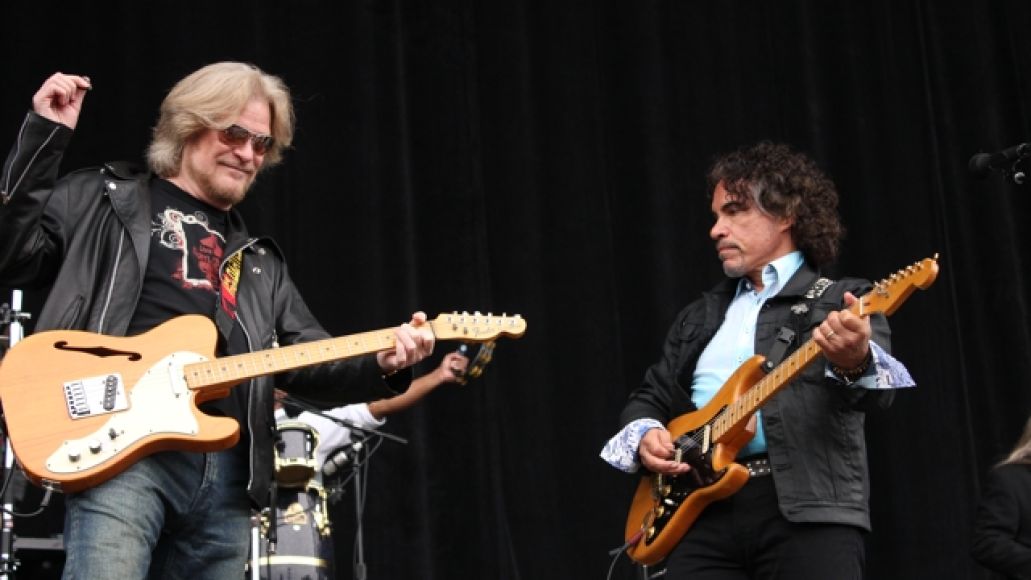 Both Daryl Hall and John Oates had a ball as they tore through a hit-peppered set late in the Sunday afternoon. “Maneater”, “Rich Girl”, and, of course, “You Make My Dreams” all transformed the crowd into finger-snapping, bounce-walking extras in the quick but enjoyable Hall & Oates extravangaza. Golden Gate’s polo field is a crazy scene regardless of whose music is transcending over it: lush, unique trees, rolling fog, and giant windmills craft a fantastical festival setting. Given that and the fact that the duo reached the height of their popularity in the ’80s, it was a scene surely none of us will ever take in again, and snapping to “What I want, you got/ It might be hard to handle …” on a Sunday in San Francisco will never be so good. –Amanda Koellner 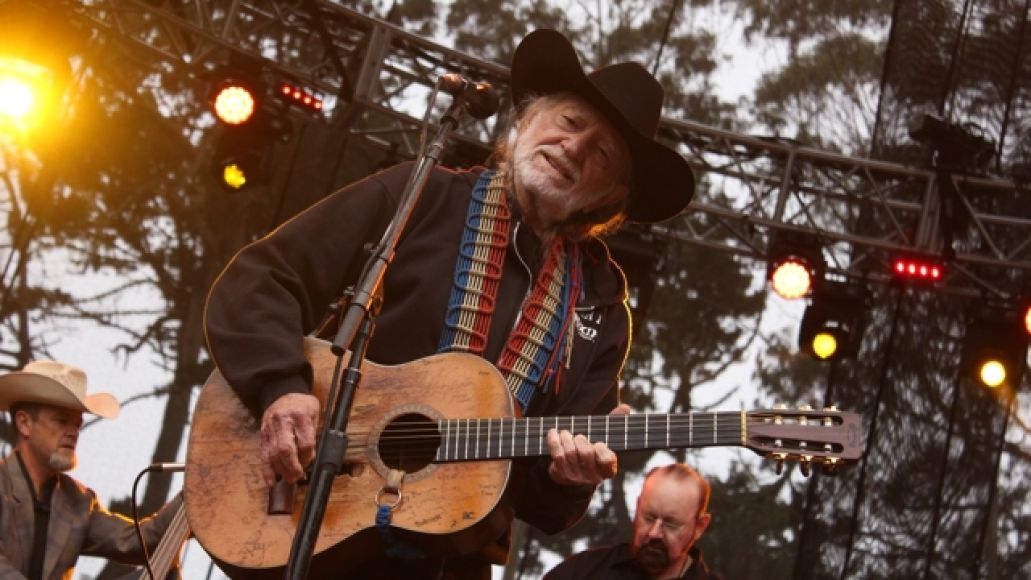 From the jumbotron-less Sutro Stage, recent octogenarian Willie Nelson laid down a set laden with more ethos than anyone else’s this weekend, save perhaps for Paul McCartney. Nelson sounded as clear-eyed (and clear-throated – seriously, Dylan really got the short end of the stick given how much those two smoked over the decades) as ever while ambling through “On the Road Again”, “Beer for My Horses”, “Crazy”, “Georgia on My Mind”, and covers of Hank Williams’ “Hey Good Lookin’” and “Jambalaya (On the Bayou)”.

As Bob Weir made his second cameo of the weekend (a less surprising, but far more moving one) to lend backup vocals to the latter song, there was no misinterpreting the eye contact he made with Nelson as they sang. It said, with resigned disbelief, “How on earth are we still doing this?” Nelson then drove that impossibly casual demeanor home with “Roll Me Up and Smoke Me When I’m Gone” for his closer, practically shrugging the whole time.

That Nelson can effortlessly throw together such a powerful performance this late in life is astounding, and only feels more poignant with today’s news that his longtime guitarist Jody Payne had passed away the night before. –Steven Arroyo It felt right that the Red Hot Chili Peppers closed Outside Lands 2013. They define California — more so than any other band — and there was an aura of reverence and respect among spectators and fans. They opened the set with three instant crowd-pleasers (“Can’t Stop”, “Dani California”, and “Otherside”) before dipping into selections off their latest LP, 2011’s I’m With You. These songs weren’t as well received as the hits, but they gave guitarist Josh Klinghoffer a chance to show of his fretwork. With a patchy beard and baggy pants, he evoked John Frusciante in both appearance and skill — except when he came in too early with the solo on “I Could Have Lied”. That was the only mishap during a celebratory, feel-good set that visited every era of the band. People were still singing the lyrics to “Give It Away” as they made for the exits. –Jon Hadusek

Click here for a full gallery of Day Three’s photos.